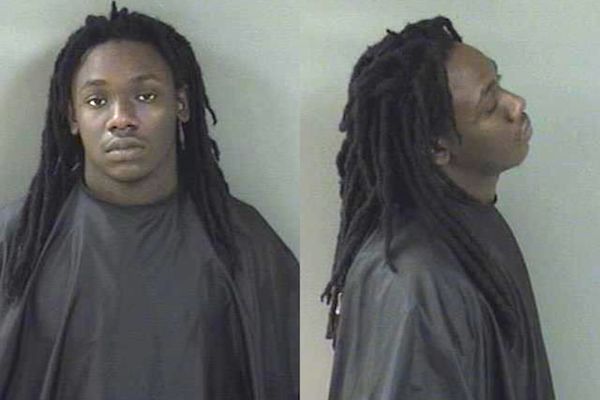 VERO BEACH – On Sunday, a woman called the Indian River County Sheriff’s Office and whispered “send help” while she was tied up during a home invasion robbery.

Deputies arrived at the 4700 block of 35th Avenue where they knocked on the door but could hear movement inside the home.

Another deputy walked behind the home and spotted a man wearing a black mask. The man took off on foot and was captured.

The man, identified as David Mickel Hill of Palm Bay, had several pieces of gold jewelry in his pockets. Deputies also removed a flashlight, gloves, and a black holster. Police recovered a Glock 17 9mm handgun in the grass where Hill was tackled to the ground.

As deputies walked Hill back to the home, the victim ran out of the home and stated she had been robbed. She said several suspects entered her residence with assault rifles, tied her up, and burglarized her home.

The victim identified Hill as one of the men who struck her in the head with a gun. She was transported to the Indian River Medical Center to be treated for a head laceration.

Hill told deputies he was a “lookout” during the home robbery and fled when he saw law enforcement.