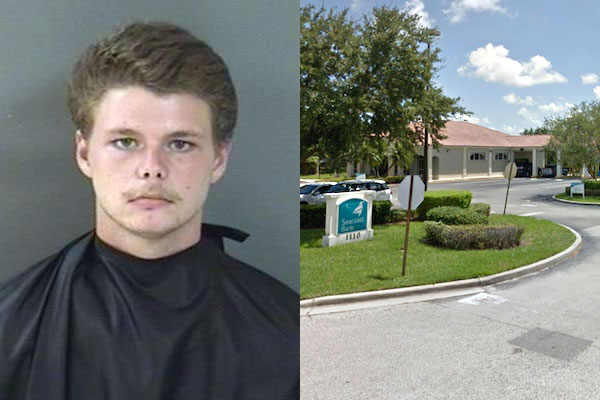 Man charged with worthless checks at Seacoast Bank in Sebastian.

SEBASTIAN – A 19-year-old man was arrested at the Seacoast Bank on Roseland Road and Laconia after trying to deposit two worthless checks into the ATM, according to the Sebastian Police Department.

Roland John Cranmer was charged with two counts of Worthless Checks and one count of Fraudulent Use of a Personal ID.

Then, on Thursday, he deposited two checks into the account using the outside ATM totaling $2,350.00. The bank detected the worthless checks and immediately closed his account, according to the arrest affidavit.

Cranmer then went to the bank Friday to explain he found the two checks and deposited them. However, he produced a different Florida identification card than the one used to open the checking account. While there, the bank called the Sebastian Police Department.

Cranmer then told police that he found the two checks and admitted that he deposited them into the account.

“Cranmer later stated the reason why he was at the bank today was to see if he was going to be in any trouble, due to him currently being on probation,” the officer said.

He was arrested and transported to the Indian River County Jail for processing. Bond was set at $15,000.