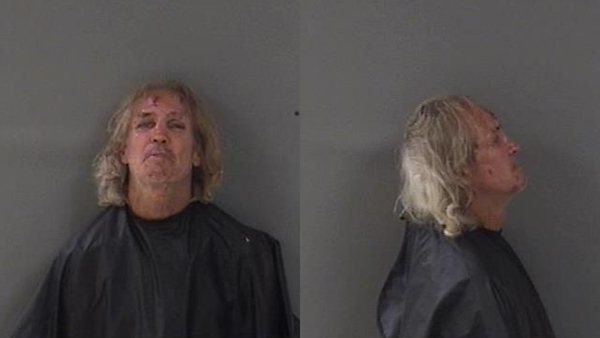 A homeless man was arrested last Saturday after hitting another man with an umbrella near Speedway on U.S. Highway 1 in Sebastian.

According to the Sebastian Police Department, 61-year-old Michael Lee Britton attempted to steal items from another homeless man while striking him with an umbrella. At the same time, the victim defended himself by striking Britton with a stick.

Witnesses inside the Portside Pub ran out to stop the incident from escalating.

“While speaking with the defendant, he was very intoxicated and was very indecisive as to what actually occurred. His story of the incident was different than what the witnesses indicated,” the officer said.

EMS arrived on the scene and transported Britton to the Sebastian River Medical Center to treat his head injuries.

Once medically cleared, Britton was charged with Disorderly Intoxication and transported to the Indian River County Jail for processing.

The victim requested not to file charges for the attempted theft and battery, police said.

Temperatures are increasing to 94 degrees this week