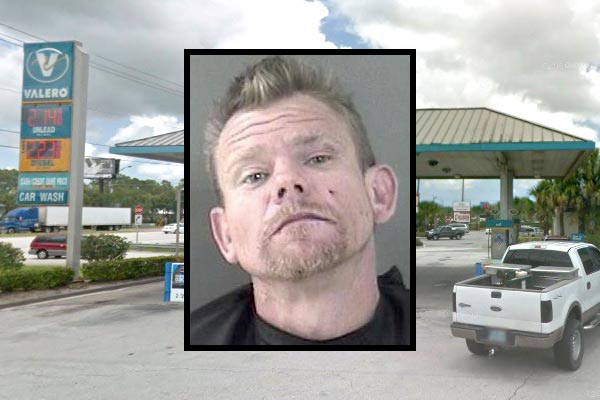 VERO BEACH – A customer at the Valero gas station in Vero Beach called the Indian River County Sheriff’s Office about a man causing a disturbance.

The complainant met with deputies in the parking lot who said the man just walked over to Citgo. Before that, he called himself a “crazy mother fu****” to people and then began punching her windshield.

Our Vero Beach news team learned that deputies were then dispatched to Citgo after he started a disturbance there.

Philip Marshall Kern, 36, was seen holding a bottle of beer by deputies as they approached him.

Kern was yelling profanities at the deputies and refused to place his hands behind his back. Kern kept asking what he did wrong.

After Kern became confrontational with them, the deputies forcefully took him to the ground. He then said he would sue everyone one of them and “the sheriff’s office for making a false arrest,” according to the report.

Kern told deputies that he saved them from nig*** and didn’t understand why he was the one being arrested.

Kern was arrested and transported to the Indian River County Jail where he was charged with disorderly intoxication and resisting arrest.