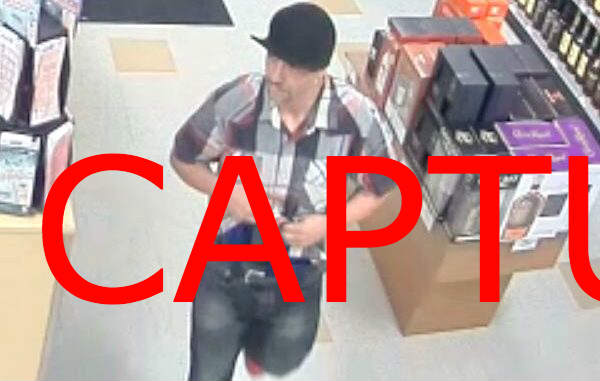 Publix robbery suspect who threatened an employee with a weapon has been captured.

SEBASTIAN – The Sebastian Police Department credits the help of the local press, social media and an unknown tipster that led to the arrest of 31-year-old Miguel Renan Garcia-Rosario for the robbery, theft and aggravated assault at the Publix Liquor Store on Christmas Eve.

An anonymous tip was received from someone who recognized Garcia-Rosario from the broadcasts on December 26.

“The patrol shift did an excellent job of capturing the information during their initial investigation,” said Chief Michelle Morris. “Quick work by our detectives and crime analyst following the tip resulted in a positive identification.They were able to locate Garcia-Rosario in north Indian River County. He was under surveillance until our Special Response Team was able to apprehend him. This was classic teamwork.”

Garcia-Rosario was taken into custody without incident during a traffic stop at about 6:30 p.m. Wednesday. He resides in Vero Lake Estates.

“Our big break was having great video from the store, the press and the tip,” said Detective Todd Finnegan, the case investigator. “He shaved his head and beard completely trying to change his appearance and even burned the clothes. He was sure we were looking for him. He was right!”

Garcia-Rosario was transported to the Indian River County Jail where he will be held without bond pending a first appearance before the judge Thursday.