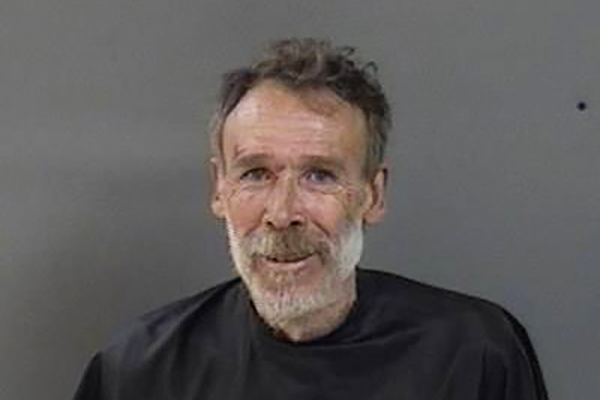 A homeless man in Vero Beach is behind bars after he stabbed the victim multiple times in the chest, according to the Indian River County Sheriff’s Office.

The incident occurred on Tuesday, Nov. 5, 2019, at approximately 6:49 p.m. behind the Knights Inn in Vero Beach on 20th Street. Deputies received a call at the location from a witness who said there was a stabbing at a homeless camp, the affidavit said.

Anton Bruce Elliott, 64, was located a short time later with bloodstains on his body and clothing. When asked where the knife was, Elliott answered: “I don’t have it.”

The victim, who lives at the camp, went to buy alcohol from a nearby convenience store. When he returned, he was confronted by Elliott, who knocked the alcohol bottle to the ground. The two began to tussle on the ground.

“Elliott drew a pocket knife from his person and stabbed [the victim] multiple times in the chest,” the deputy said.

A witness then tried to grab Elliott by his shirt to pull him off the victim, but was unable to stop the stabbing, deputies said.

“Elliott was upset because someone at the campsite has been calling him names and has been saying that he is ‘little,'” a witness told deputies, according to the affidavit.

Another witness told deputies that Elliott had been drinking “alcohol all day” and that he was “highly intoxicated.” The witness said Elliott was “playing with a four-inch fold-up pocketknife” and had been screaming continuously.

Elliott was shouting, “I’m going to fu**ing kill you” as he reapproached the victim and began stabbing him again as he was lying on the ground begging for help, according to the report.

The victim was airlifted as a trauma patient and is in recovery from surgery. The victim’s condition is stable.

Deputies observed multiple stab wounds to the victim’s chest, armpit, and on the mid-center of his back.

Elliott was charged with Felony Attempted Murder and is being held at the Indian River County Jail on a $150,000 bond.

Things To Do: Clambake, Pareidolia’s Anniversary, and Live Entertainment