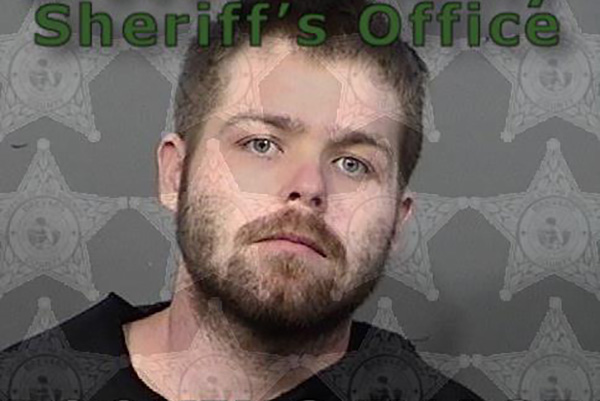 The Melbourne Police Department has charged a man in Grant with 1st Degree Murder following a shooting that took place on April 28, 2020.

According to witnesses, Christopher Jordan Kane, of Grant-Valkaria, shot the victim three times for posting photo of himself with Kane’s girlfriend.

“The decedent took a Snapchat photograph of himself and [Kane’s girlfriend], which was eventually publicly disseminated,” investigators said.

When Kane saw the photograph, the two men engaged in a verbal confrontation via telephone and text messages, according to the affidavit.

“Several witnesses have stated that the photo and subsequent remarks made Christopher Jordan Kane jealous of the decedent,” investigators said.

A witness told police that Kane went to the murder victim’s home and began beating him in the hallway with a crowbar. The witness, who was terrified, was asked if they had any duct tape in the home.

Kane, 25, then pulled the man into another room and yelled, “give me your hands, give me your hands,” according to the report. The victim then yelled for help. The witness said they heard “punching sounds” coming from the other room.

A few minutes later, Kane returned to the living room. He appeared “winded,” according to the witness.

The victim somehow escaped the room and walked from the hallway to the kitchen area. The witness observed numerous facial injuries, and his eyes were swollen. Kane then struck the victim in the back of the head at least twice, causing him to stumble into the dining room area.

The victim was trying to escape, but Kane fired two gunshots into the direction of the victim’s head.

A few minutes later, Kane said “another one just for fun” and fired a third-round into the victim. The victim died from the gunshots.

On Saturday, May 5, 2020, Kane was arrested and transported to the Brevard County Jail. He is being held without bond.