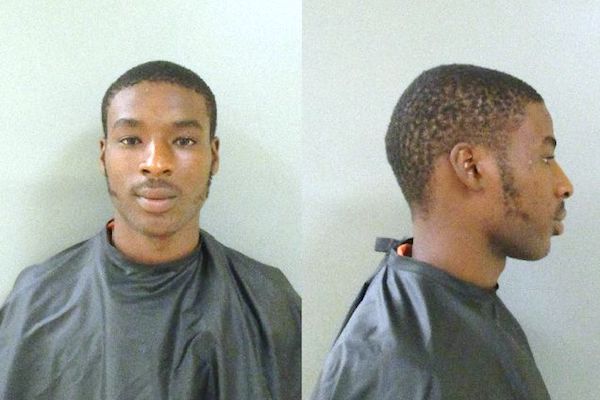 Deputies were dispatched to a home in Gifford after two gunshots were fired, according to the Indian River County Sheriff’s Office.

The victim told deputies that her boyfriend, 20-year-old Jay Cameron Williams, fired two shots at her while she was attempting to leave the home.

On Thursday afternoon, Williams and the victim were arguing in the home when Williams began threatening her with a firearm, according to the report.

The victim said he “picked up a firearm and cocked the hammer back while he told her to get out of his house or he would kill her,” the report said.

This incident prompted the victim to pack her belongings and move out. She called some friends to help her pack and change a tire on her disabled vehicle.

While changing the tire, Williams stood in the doorway of the home and argued with the victim. The victim told Williams to stay away from her or she would “mace” him, according to the affidavit.

The warning to Williams prompted him to retrieve the firearm and point it in the victim’s direction. He fired the gun, and yelled “I’m going to kill you,” the report said.

As the victim ran to seek cover, Williams fired a second shot at her. The victim believed Williams intended on killing her, the arrest affidavit said.

Williams was arrested and charged with two counts of Attempted Felony Murder. Bond is set at $150,000.