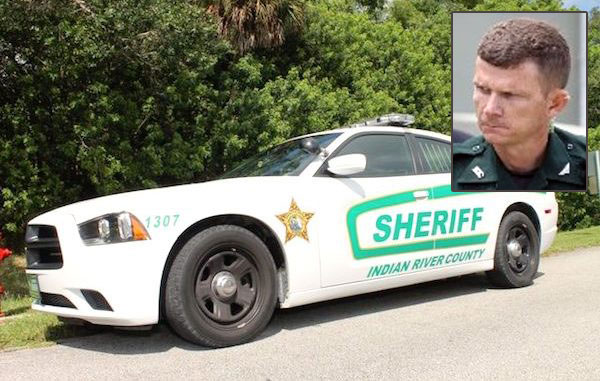 In 2016, Steve Peek, 47, was arrested on allegations that acted in a lewd and lascivious manner, touching a child between the ages of 12 to 16.

The woman said Peek touched her inappropriately when she got out of the shower and forced her to sit naked with him on more than one occasion between 2010 and 2012, according to an arrest report.

Following his arrest, Peek denied the allegations in interviews. However, investigators found his statements to be inconsistent.

The Indian River County Deputy has employed by the department from April 7, 2008, through June 6, 2014, before leaving to pursue another career.

Peek was brought back to work as a deputy in the summer of 2016. However, after learning about the criminal allegations against his deputy, Indian River County Sheriff Deryl Loar fired him on October 28th of the same year.

Peek, of Vero Beach, had already served 152 days in jail, before agreeing to the plea deal. After receiving credit for time served, the former deputy received 36 months of probation; this includes no contact with the victim.

Additionally, he was ordered to participate and complete a sex offender treatment program, to participate at least annually in a polygraph examination, to relinquish his law enforcement certificate, and to write an apology letter to the young victim.