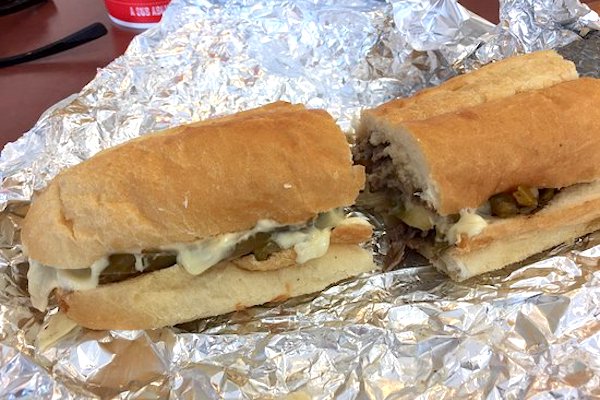 A local couple had a food fight in the car over a Jersey Mike's Philly Cheese Steak sub.

SEBASTIAN – A Jersey Mike’s Philly Cheese Steak is an excellent choice for lunch unless you didn’t order one.

One man was so angry that his girlfriend ordered him one, that it caused a food fight while they were driving.

It all started when Marcus Smith and Jameka Brown went to Jersey Mike’s for lunch. She went in and ordered Smith a Philly Cheese Steak sub, however, he wanted a different kind of sub.

“Marcus Smith got upset because he didn’t want a Philly Cheese Steak. As Marcus was driving the vehicle… he grabbed the sandwich and threw it at Brown who was sitting in the passenger seat,” police said.

Brown told officers that her boyfriend threw the sub all over her because it wasn’t what he wanted.

“I noticed contacts of what would be a Philly Cheese Steak all over the passenger side. There was meat, lettuce, onion, and mayo on the floor, center console, glove box, and passenger door,” the officer said.

Smith told police he didn’t want a Philly Cheese Steak sub from Jersey Mike’s, but that his girlfriend decided to order it anyway. Smith was angry and left his girlfriend in the restaurant; he waited in the car.

“Brown then entered the passenger seat, and a verbal argument started over the sub. Brown then took the sub and was putting it in Smith’s face as he was driving. Smith then smacked Brown’s arms so he would not crash,” the officer said.

The sub then went flying all over Brown and the interior passenger side of the car. Smith then stopped the vehicle, got out, and walked away. Brown took the car back to their residence. Soon after, she called the police.

There were no arrests made because police could not determine who was the “primary aggressor.” They were both given a Domestic Rights & Remedies packet.