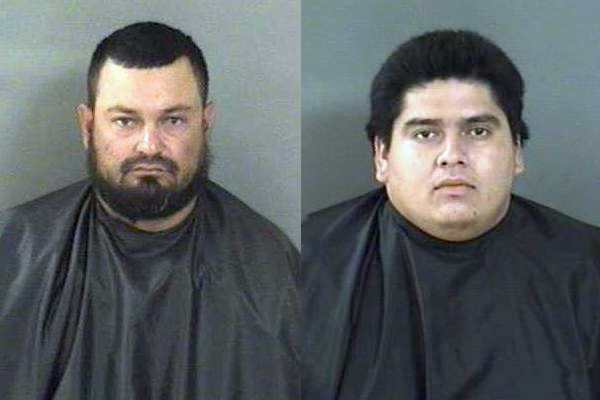 Police crackdown on racing in Fellsmere.

The crack down on racing and reckless driving in Fellsmere continues as three motorists were arrested over the weekend for various offenses.

On Friday night at approximately 11:30 p.m., Miguel Gamez-Cortez and Gerardo Magallion Jr. were seen by a Fellsmere Police Department officer and IRCSO deputy racing from the traffic light at I-95 and CR-512.

As soon as the light turned green, both drivers accelerated their vehicles rapidly in an attempt to outspeed and outdistance each other prior to the lanes merging just west of the Interstate.

The FPD officer stopped Magallion in the silver Dodge. He told the officer that the race started because Gamez-Cortez parked next to him at the traffic light and “revved his engine.”

Magallion said he did not know Gamez-Cortez. He was issued a citation for racing on a highway, a second-degree misdemeanor with a mandatory court appearance and released at the scene.

Gamez-Cortez was determined by the deputy to be under the influence and arrested for DUI (with priors) in addition to racing on a highway and driving while license suspended (with knowledge). His vehicle was towed.

On Saturday at 12:50 a.m., Rafael Mendez Jr. was stopped by an officer at Massachusetts Avenue and Maple Street for “doing a donut” at an intersection.

The officer saw a grey, 1992 pick-up truck quickly turning in a circle at the intersection with its tires spinning. At one point, it appeared to the officer that Mendez briefly lost control of the vehicle.

When asked why he did that, he said he was “just being stupid.”