DUI suspect tells Sebastian Police he ‘loves them’ for arresting him 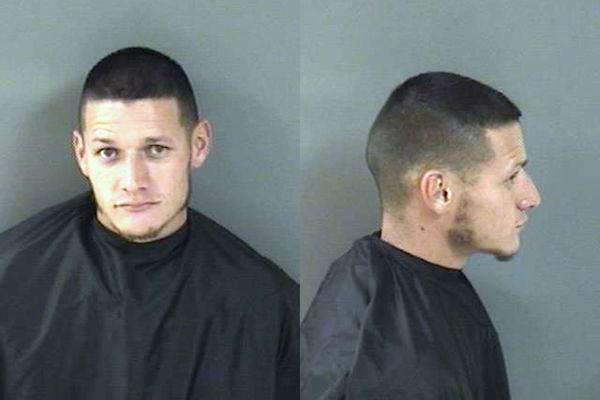 A DUI suspect thanked officers for arresting him in Sebastian.

SEBASTIAN – A 29-year-old Fellsmere man told Sebastian police officers that he loved them very much for what they do and thanked them for stopping him because they probably saved his life, according to the report.

On Sunday, Dec. 17, at approximately 03:30 a.m., two Sebastian police officers were assisting a motorist on the roadway of Crystal Mist Avenue and Laconia Street.

They spotted a vehicle driving down Laconia at a high rate of speed, approximately 60 miles per hour in a 30 mile per hour zone.

“The vehicle passed us and continued south into a one-way traffic way on Laconia Street, going the wrong direction,” the officer said. “Once the lane narrowed for the one-way roadway, the vehicle struck a wooden power pole off the side of the roadway with its passenger side mirror.”

The officers followed the vehicle to conduct a traffic stop, but the driver continued to turn on various streets with his lights off. The vehicle came to a stop near Ocean Cove Street.

Jose Antonio Marmolejo told police he was on his way home to Fellsmere from a party in Sebastian. When asked if he had anything to drink, he replied, “Probably too much to be driving.”

“He repeatedly told each officer on scene that he loved us very much for what we do despite him being secured in handcuffs,” the arrest affidavit said.

Marmolejo was arrested and charged with DUI and transported to the Indian River County Jail.

On the way to jail, he told the officer that he loved him and said, “Thank you for stopping me, you probably saved my life.”