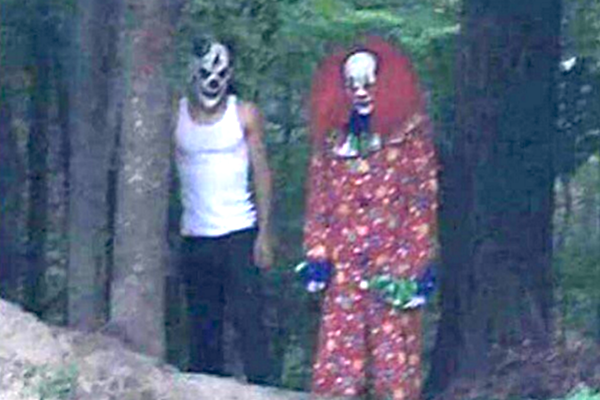 Palm Bay – Police are receiving reports of ‘Creepy Clowns’ seen in wooded areas north of Sebastian. It’s a trend that’s been frightening people across the U.S., from Kentucky to Florida.

The latest ‘Creepy Clown’ sighting is the first in Brevard County. And while the trend hasn’t hit Sebastian, people think the it could continue south as Halloween approaches.

A Palm Bay resident was walking her pit bull Sunday evening when the dog began to growl. She turned toward some railroad tracks and saw something in the woods that frightened her.

The woman saw two clowns sitting on the ground where she walks her dog regularly near Victoria Park. The incident happened at around 7:30 p.m.

The resident notified police immediately, and the woods were searched for the clowns. They were not located.

The two clowns were dressed in hobo-style clothes with large black hats. Other Palm Bay residents reported seeing clowns in other areas on social media, but police have not confirmed the sightings.

In Kentucky, a 20-year-old was arrested in a clown costume after he was seen lurking near a playground area at an apartment complex. Similar encounters of the clowns have been seen across the U.S. at school bus stops, walkways, and busy highways.

Police are concerned for the clowns, pranksters, and victims because of the possibility of someone getting shot over fear. The costume could be a potential robber to a victim.