Confederate truck seen speeding ‘all over the road’ in Vero Beach 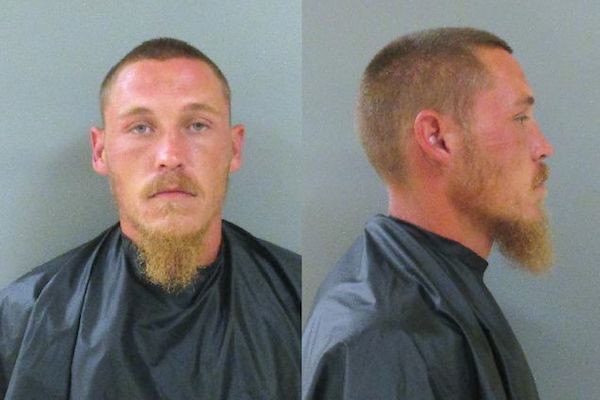 VERO BEACH – A motorist called law enforcement about a red Ford F-150 with Confederate flags in the bed “speeding and all over the road,” according to the Indian River County Sheriff’s Office.

The motorist said the truck was “chasing” him and gave the location.

Deputies spotted the truck, playing loud music, at the corner of Old Dixie Highway and Highlands Drive and conducted a traffic stop.

Joshua Allen Nichols, 28, was in the driver’s seat with music so loud that the deputy asked him to turn it off.

“Nichols turned the music down, however, he did not turn the music off. He was then asked a second time and again failed to comply to my verbal commands,” the deputy said.

Nichols began to reach around the vehicle, which prompted the deputy to ask him to step out. However, he didn’t comply after the deputy gave multiple lawful orders.

Eventually, Nichols was detained, but it required two deputies to place him in the back of the police cruiser.

While interacting with Nichols, the deputy could smell the odor of alcohol on his breath. Nichols said he only had one beer.

Nichols, who told deputies he works as a mechanic, refused to conduct any of the standardized field sobriety tests, or the breath test. He was charged with DUI and transported to the Indian River County Jail.

4th of July Celebrations Going On In Sebastian, FL

4th of July Celebrations Going On In Sebastian, FL