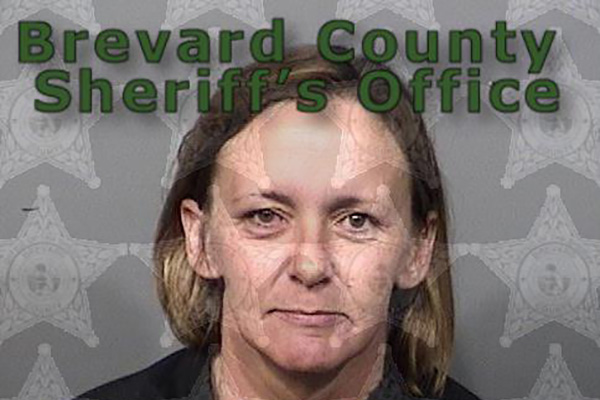 Deputies say a Barefoot Bay woman was arrested Tuesday after she was found with Methamphetamine and fifty-five tablets of Amitriptyline Hydrochloride.

The Brevard County Sheriff’s Office received the call at approximately 5:00 p.m. about a suspicious person in Grant. When deputies arrived, they met 44-year-old Jodie Danielle Buchanan near a home off U.S. Highway 1.

When deputies asked Buchanan if she was in possession of anything dangerous or illegal, she spontaneously stated, “I have drugs, someone else’s drugs,” according to the affidavit.

“They’re in there,” Buchanan told deputies while pointing to a black case in her purse, the report said.

The case contained a crystalline substance with a red straw and a blue glass pipe. The substance tested positive for Methamphetamine. Also in the purse were fifty-five (55) tablets that were identified as Amitriptyline Hydrochloride, which is only available by prescription.

Buchanan told deputies that she was aware of the meth inside her purse.

“Her friend gave it to her and request she take it to another friend for her. She was aware the drugs were illegal, and she was only supposed to have them until 7 o’clock,” the deputy said.

As for the tablets, Buchanan said they belonged to her, but the bottle broke, and she decided to carry them loose in her purse.

Buchanan was transported to the Brevard County Jail, where she still remains on a $3,500 bond for the drug charges.