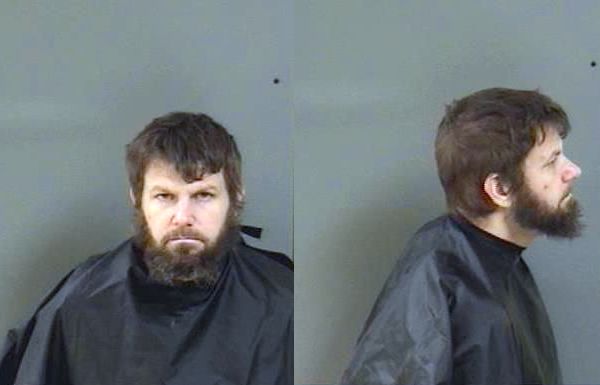 BAREFOOT BAY – Deputies say on Friday at approximately 1:30 pm, a man from Barefoot Bay wore a mask and demanded money from a teller at a Seacoast Bank in Vero Beach, according to the Indian River County Sheriff’s Office.

Christopher O’Buckley, 39, walked into the Seacoast Bank, located at 1206 U.S. Highway 1 in Vero Beach, and approached the teller inside the branch wearing a mask. The teller and another employee pressed the alarm during the robbery encounter.

When O’Buckley demanded all the money from the teller’s drawer, the teller asked, “are you kidding me” at which time O’Buckley replied “No” and again demanded the money.

O’Buckley received $1,232.00 and then asked the teller, “is that it” at which time the teller showed him an empty drawer. O’Buckley then ran out of the bank and was observed by bank employees walking towards other businesses.

Two witnesses told deputies that they observed O’Buckley walking up to the bank while putting on a wig and mask to cover his face. Moments later, the witnesses saw O’Buckley run around the back of the building and towards another parking lot.

O’Buckley was eventually found hiding behind the TD Bank in Vero Beach. While being detained, O’Buckley was still wearing the wig he used in the Seacoast robbery.

O’Buckley was charged with Felony Grand Theft Auto and Felony Robbery While Wearing Mask. He is still being held at the Indian River County Jail without bond.