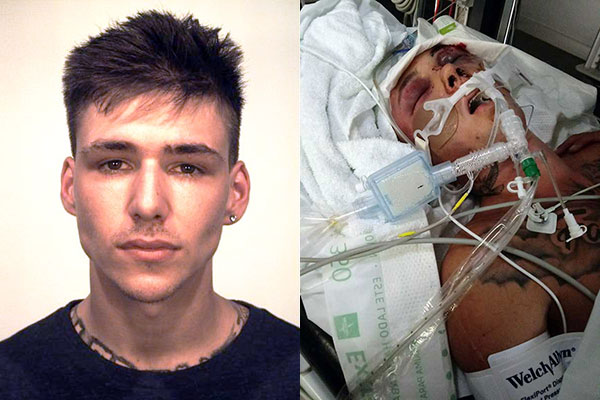 Ever since 19-year-old Brennan Navarre was found brutally beaten and left on a roadway on December 31, 2019, the Palm Bay Police Department has been actively investigating leads in the case.

“Through evidence and statements provided by the victim, witnesses, and persons of interest, probable cause was developed for the arrest of Michael Hoffa, 22, of Melbourne,” Lt. Mike Smith told Sebastian Daily.

Smith said Hoffa was located and taken into custody without incident on Thursday, February 6, 2020.

Hoffa is being charged with Attempted Murder, Robbery with a Deadly Weapon, and Kidnapping.

On New Year’s Eve morning, at about 8:00 am, officers responded to the area of Wingham Drive in reference to an unresponsive man lying in the road, later identified as 19-year-old Brennan Navarre. Due to the significance of his injuries, the male was transported to a local hospital by Life Flight.

Until recently, Navarre was not able to speak with detectives because of his medical status.