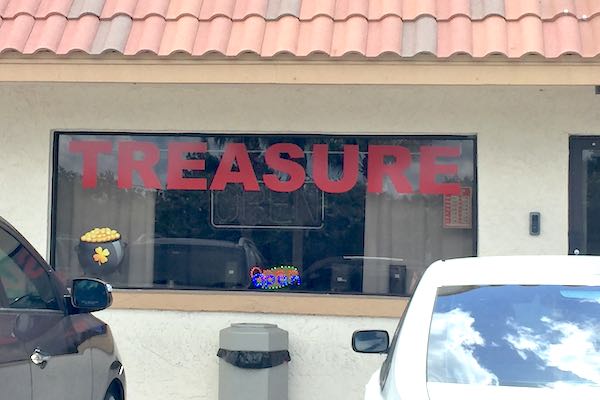 SEBASTIAN – On Monday at approximately 12:02 a.m., a man walked into the Treasure Arcade in Sebastian with a silver semi-automatic pistol and demanded money.

The Indian River County Sheriff’s Office responded to the location and spoke with an employee who said she heard the doorbell to the business ring an hour prior.

When the employee answered the door, a woman asked to use the restroom. When she was finished, she asked the employee about another arcade down the road.

After a brief conversation, the woman left and returned a few minutes later to ring the doorbell again.

The woman told the employee that she left her ring in the restroom. The employee advised that she just cleaned the bathroom and no ring was found.

While the woman was talking to the employee, she used her foot to open the front door.

That’s when the employee saw a shadow on the other side of the door but didn’t think anything of it.

A moment later, a man walked inside with a firearm and demanded money.

The employee turned around and placed her hands on her head and walked behind the cash register where she gave the man two bank bags of cash and loose currency.

The Indian River County Sheriff’s Office is attempting to identify the subjects. If you know the identity of either subject, please contact Detective Ruben Bermudez at (772) 978-6114, in reference to case number 2017-130518.

Vero Beach Man Calls Police After Neighbor Spits On Him