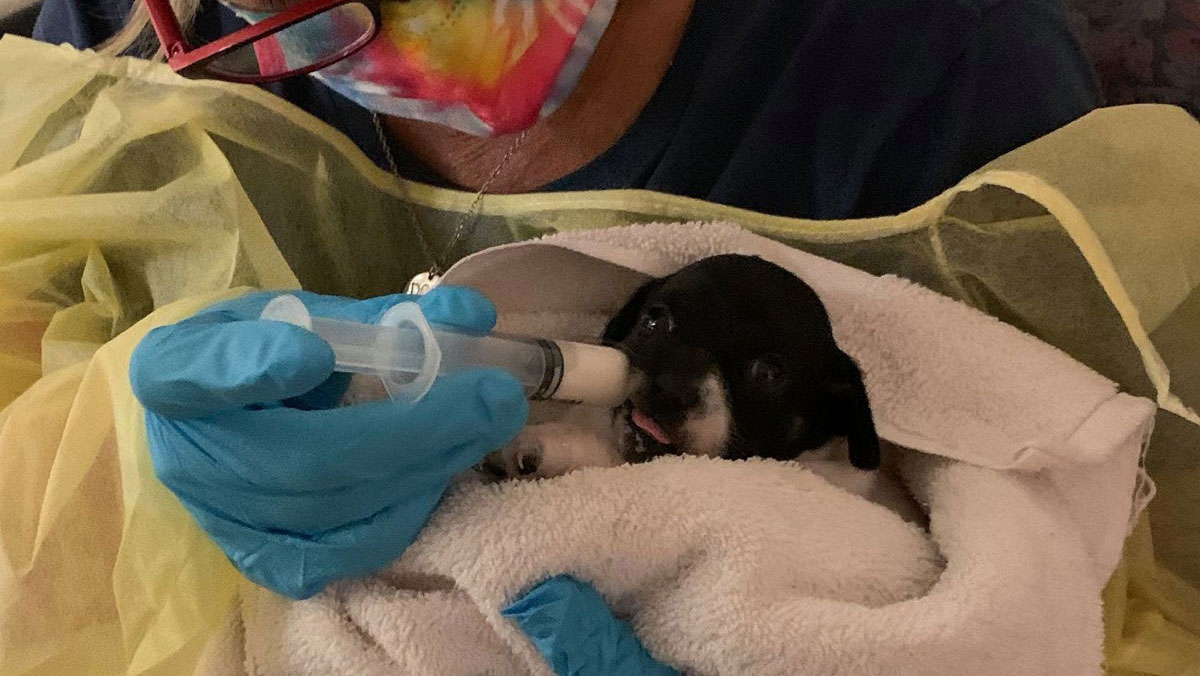 The Indian River County Sheriff’s Office is reporting that there’s been an arrest in the case involving a crate of 26 puppies abandoned on a dirt road. Authorities said an anonymous tipster called and got the investigation rolling.

Deputy Bobby Gage, of the Sheriff’s Office Ag/Marine Unit, was tasked with investigating the case after the dogs were collected by Animal Control and turned over to the Humane Society of Vero Beach and Indian River County.

“You always want to solve every case,” Dep. Gage said. But in this case, he had 26 victims, none of which could provide statements.

The tipster said he/she saw the crate – as shown in the Humane Society’s post seeking tips – at a home in Fort Pierce. Armed with that information, Dep. Gage began running down information and working with the St. Lucie County Sheriff’s Office to track down the truck, its owner, and eventually make an arrest.

The initial call came in on April 9, when Rat Terrier/Chihuahua-mix pups ranging in age from a few weeks to 2 years old were found in the overstuffed crate measuring 48 inches long by 24 inches wide by 28 inches tall. On the 15th, the tipster pointed Dep. Gage in the direction of the truck.

On the 16th, Dep. Gage went to Fort Pierce and, with St. Lucie County’s Dep. Bell’s help tracked down security footage showing the truck with the crate in the back leaving home. From there, interviews were conducted with family members of the homeowner and the truck owner.

Despite numerous lies and story changes, the deputies were able to put together a case against Yates and ultimately get an arrest warrant issued.

Dep. Gage said Yates could expect more charges to be filed as two of the puppies have since died. The current misdemeanor charges could be upgraded to felonies for those two counts.

Looking back on the case, Dep. Gage said he would never have expected to travel to Fort Pierce in connection to this case – not without the help of the tipster.

“When the puzzle pieces start coming together,” he said. “It’s a good feeling.”