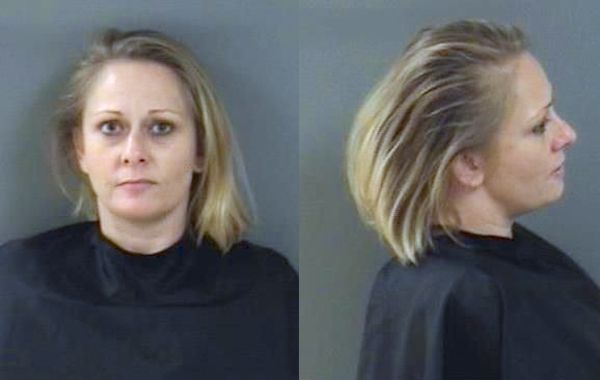 VERO BEACH – A woman who had five previous convictions for shoplifting was caught again at Dillard’s in Vero Beach.

Rachael Marie Hadaway, of Vero Beach, was observed by Dillard’s security guard and on security video footage taking items off the shelf and entering the fitting rooms.

The security guard stopped Hadaway in the common area of the Indian River Mall and escorted her back to the conference room at Dillard’s.

Hadaway, 35, informed the deputy that she was recently released from the Brevard County Jail for shoplifting.

“She stated that she had been convicted five times for shoplifting,” the deputy said.

Hadaway was arrested and charged for Theft. She is still being held at the Indian River County Jail on $5,000 bond.

On April 25, 2017, Hadaway was arrested by the Indialantic Police Department in Brevard County after trying to leave the Longboard House surf shop with stolen merchandise.

“Defendant was approached by Longboard Hosue employees where the defendant refused to give the items back and a brief struggle ensued over the purse to retrieve their merchandise,” Indialantic Police Department police said in the report.

Hadaway left her purse and fled the area after being told to stop by employees. She was later arrested for Felony Petit Theft 2 or More Prior Theft Convictions. Police also noted that prior to this arrest, Hadaway had “four previous theft charges.” In August 2017, she was convicted on the charges in Brevard County.