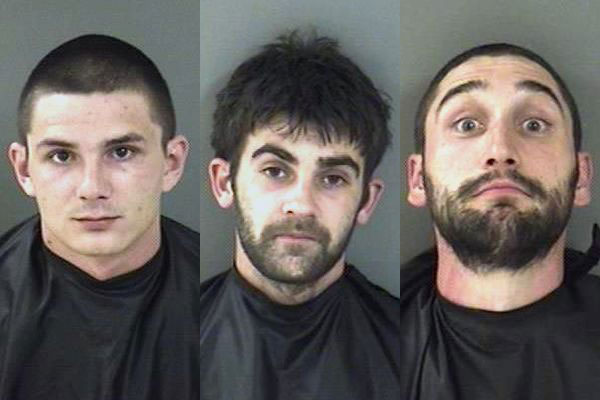 VERO BEACH – A woman called law enforcement to report someone at Filthy’s stole her wallet and iPhone 6 Plus from her purse Saturday, according to the Vero Beach Police Department.

The woman told officers that she was sitting at the bar when she noticed her purse was moved. She further stated that she had hung her purse under the bar on a hanger in front of her seat.

A wallet, iPhone 6 Plus, and her house keys were all missing from her purse. The manager at Filthy’s said they had surveillance footage.

“In the surveillance footage you can see [the victim] and her purse hanging in front of her person where she was sitting, along with her significant other,” the officer said.

The two got up and began to dance in front of the bar stool she was sitting on. While she danced, you can see a man grab the purse and hand it to two other men in the bar. The three of them can be seen going through the purse. Once they returned the purse, they can be seen walking to the men’s restroom with the victim’s wallet.

A short time later, the same three men matching the clothing description were still in the bar and seen by Filthy’s security. Security also found the wallet in the men’s trash bin along with other items. In the end, the wallet, iPhone, and house keys were recovered.

More: Vero Beach woman steals from Bealls because “I wanted the things that I’m use to having”

All three men were arrested and charged with Grand Theft. They were transported to the Indian River County Jail.