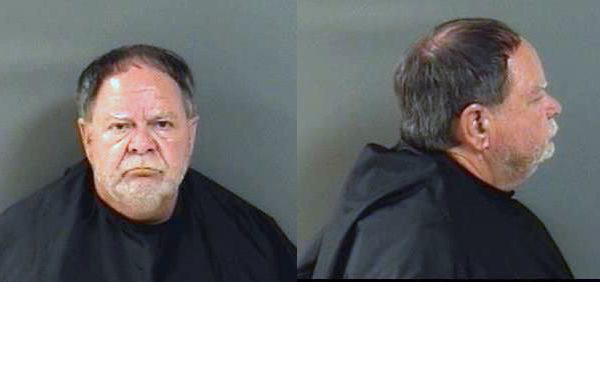 SEBASTIAN – Two former police officers and a former undersheriff for Indian River County were among clients who were arrested for prostitution during the massage parlor raid last Tuesday.

Sebastian Police employed Gioia from 2004-2008. He resigned in 2008 while being investigated for Abuse of Authority by Internal Affairs.

During the Internal Affairs investigation, it was discovered that Gioia issued a criminal citation to a driver of a yellow motorcycle for Reckless Driving/Speed in excess of 90 mph with a mandatory court date.

Soon after, Gioia allegedly had drinks with the motorcyclist he gave the citation to at Riverside Cafe in Vero Beach. The investigation uncovered that Gioia called the Assistant State Attorney and requested that the charges be reduced to careless driving.

Internal Affairs then revealed that Gioia registered the yellow motorcycle in his name. Not long after that, Gioia was scheduled to be interviewed for the investigation. However, Gioia resigned as a police officer.

The investigation concluded that Gioia violated a Code of Conduct with the Sebastian Police Department with Abuse of Authority. According to public records, Gioia would have been terminated for the offenses if he was still employed with the police department.

Charles Abner Thompson was employed at the Vero Beach Police Department and retired several years ago.

Osceola County Sheriff Bob Hansell said he was very disappointed, but he had to accept Taylor’s resignation in light of a memo that accuses Taylor of questionable “leadership abilities and ethics” and bringing “public criticism and distrust of the [Indian River] Sheriff’s Office.”

“Some of the things that were brought to my attention concerned me,” Hansell said at the time. “I made these commitments of what type of style of management and leadership we were going to have here, and the letter itself is contrary to these beliefs.”

Police said all local agencies were receiving complaints about the massage parlors in Sebastian and Vero Beach in late August 2018.

Undercover police officers planted and utilized electronic surveillance devices inside and outside the massage parlors. “There were very little massages going on,” Vero Beach Police Chief David Currey said. “They weren’t going in there for massages.”