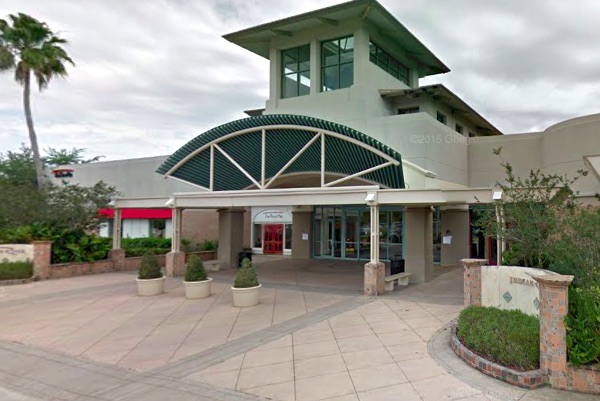 The suspects were identified as Kasey Cooper, 29, of Fort Pierce, and Jerrell Copeland, 23, and Ashley Walker, 24, both of Tallahassee.

Deputies responded to a call of an armed robbery in the parking lot of the mall on Wednesday.

The 80-year-old victim told deputies that she was leaving the mall area and a black truck followed her as she walked in the parking lot, according to police.

A female jumped out of the truck and attempted to snatch the victim’s purse. The robbery victim fell to the ground as she tried to hold on to her purse and received minor injuries to her arm.

The female suspect proceeded to use mace and sprayed the victim in the face with the chemical agent. The robbery suspect ran off with her purse and fled the mall parking lot with another female driving the truck.

Indian River County Sheriff deputies located the vehicle a short distance away and initiated a traffic stop on State Road 60. As the truck was pulling over, deputies witnessed a passenger tossing the victim’s purse from the truck window, according to authorities.

All three occupants, including a male passenger, were arrested.

The robbery victim was treated for minor injuries including an abrasion on her arm and eye, according to authorities.

“I am proud of the men and women of the Indian River County Sheriff’s Office for the quick action resulting in the apprehension of these suspects,” according to Sheriff Deryl Loar. “We recognize the enhanced vulnerability many of our seniors experience and are especially cognizant of the seriousness of an attack such as this. We will work with the Office of the State Attorney to prosecute these individuals to full extent of the law.”