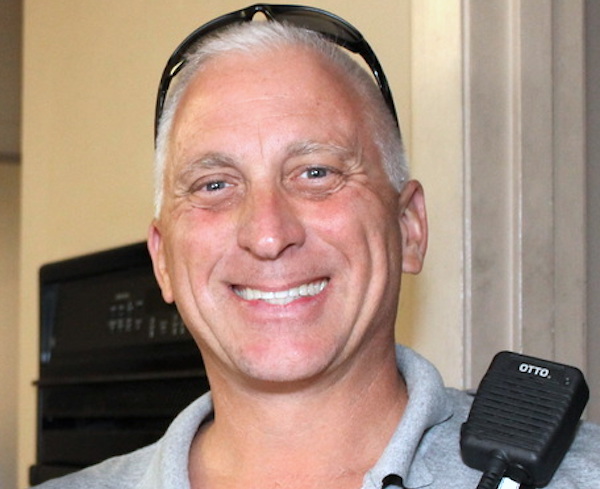 Deputies found Battalion Chief David Dangerfield a short distance away in a wooded area off State Road 60 west of Interstate 95. They were responding to a call about the incident at about 10:30 p.m. Saturday, according to Sheriff’s spokesman Lt. Eric Flowers.

Flowers said Dangerfield drove his pickup on State Road 60 near I-95 and made a call to 911 to tell dispatchers where deputies could find his body.

Deputies drove to the scene and found Dangerfield dead from a self-inflicted gunshot wound, the Sheriff’s Office said.

“It is with great sadness I share with you the passing of Battalion Chief David Dangerfield this evening,” King wrote in the email to his staff. “Please keep Dave’s immediate and extended family in your thoughts and prayers.”

Just before his death, Dangerfield wrote this on his Facebook page:

“PTSD for Firefighters is real. If your love one is experiencing signs get them help quickly. 27 years of deaths and babies dying in your hands is a memory that you will never get rid off. It haunted me daily until now. My love to my crews. Be safe, take care. I love you all.”

Dangerfield was named Emergency Service Provider of the Year by the Treasure Coast Fire Chiefs’ Association in 2013.

Dangerfield was also a fire instructor at the Indian River State’s Fire Academy and a field training officer for the dive rescue team.

According to the IAFF (International Association of Firefighters):

Furthermore, according a 2015 Florida State University study, nearly half of the fire fighters surveyed (46.8 percent) have thought about suicide, 19.2 percent had suicide plans and 15.5 percent had made suicide attempts.2 In fact, those with PTSD are six times more likely to attempt suicide compared to demographically matched controls.”

The Dangerfield family is still coping with the fact the battalion chief had been getting counseling for PTSD. But it’s a disorder that sometimes can haunt the individual.

Bruce Dangerfield said his son went to the doctor three times a week for about 1 1/2 years. He says PTSD has “hurt a lot of people” and they can’t control what they do.