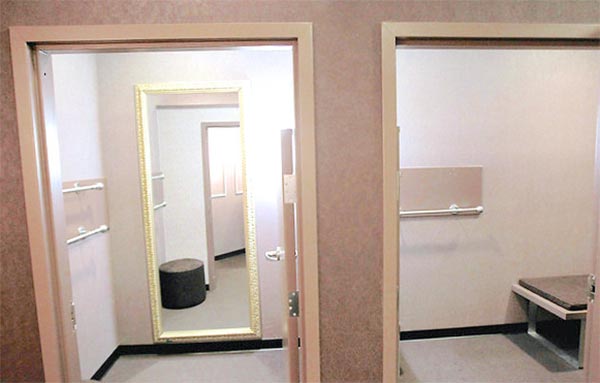 VERO BEACH – On Tuesday, the Indian River County Sheriff’s Office was called after two women urinated in the dressing rooms at the Vero Beach JCPenney.

A security officer at the Indian River Mall said two unidentified females were cursing loudly at employees. The Vero Beach store manager asked the women to leave to prevent further disruption, but they refused.

The women continued to be loud and desruptive and accused the store manager of calling them a derogatory name.

Both subjects then entered the women’s dressing room, “where it was later discovered they urinated on the floor,” according to the report.

Another customer in the adjacent dressing room “heard what she described as a sound with splashing water,” the report said.

The customer began recording the incident on her cell phone from inside the dressing room.

“In the video, you can hear two females speaking loudly about the incident and cursing,” the deputy said.

The customer then exited the dressing room while recording, and captured one of the suspects using a white shirt to wipe off her shoes.

The shirt had urine on it, which cannot be resold.

The JCPenney store manager then said the two women exited through the mall and believed they went into Dillards.

Deputies searched Dillards and the surrounding businesses but could not locate the two suspects.