2 people run off with $3,300 in merchandise from Walmart 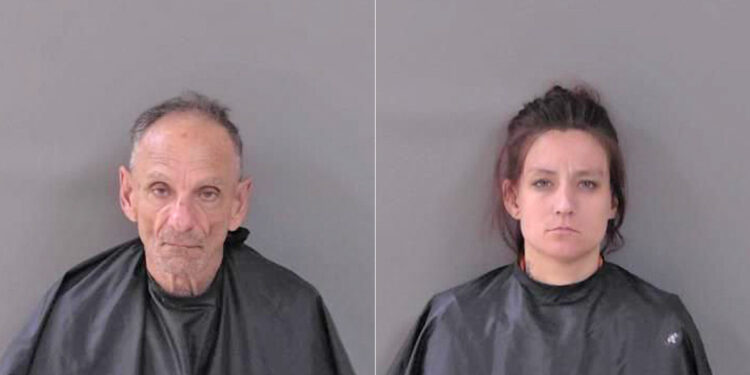 When a Walmart asset protection agent noticed a missing Apple TV 4K 65Gb item from a shelf, he reviewed video surveillance showing two thieves stealing $3,296 while in the store for 2 hours.

At first glance, it showed a man entering the Sebastian Walmart on Sunday, Aug. 21, 2022, at approximately 8:51 a.m., pushing a shopping cart of merchandise right out of the door without paying.

According to the affidavit, the man was seen in various departments, such as clothing, grocery, electronics, and sporting goods. Finally, he pushed the cart out to a vehicle with a license plate readable from the outdoor security cameras.

About 30 minutes later, a woman from the vehicle entered Walmart and loaded a shopping cart full of merchandise before walking out without paying.

A few minutes later, the man returned and repeated his shoplifting, taking PS5 headsets and the Apple TV item. Before walking out, he grabs a juice bottle and hides the merchandise through the fence of the garden center. Moments later, another man from the exact vehicle walks up and retrieves the stolen items.

The total amount of merchandise stolen was $3,296.

The Sebastian Police department identified the suspect using the license plate as Ricardo Gonzalez Guerra, 66, and Rachel E. Rooney, 30, both from Ft. Lauderdale.

During a police interview, Guerra wouldn’t talk unless he was getting “some sort of a deal in exchange for him providing information,” the affidavit said.

When investigators showed Guerra the video surveillance and photos of him taking the merchandise from Walmart, he denied it was him. However, he did identify the woman as being his girlfriend.

The police then questioned Rooney, and she admitted to being at Walmart but said she “did not know that the merchandise was stolen,” the affidavit said. She did identify another man who retrieved stolen items through the fence in the garden center.

Guerra was charged with grand theft and shoplifting. He is being held by Immigration & Customs.

Rooney was also charged with grand theft and is being held without bond at the Indian River County Jail.

At this time, law enforcement has not released any information about the third suspect.

Letter to the Editor: Response to Damien Gilliams’ press release