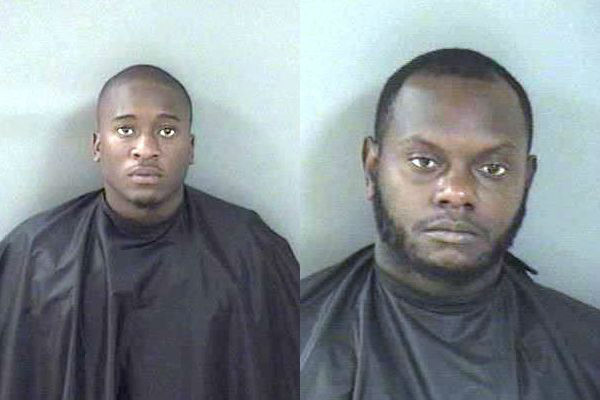 VERO BEACH – A man from Sebastian and another from Vero Beach were arrested after a woman was murdered and robbed of her 90 opioid pills, according to the Indian River County Sheriff’s Office.

Antonio Duane McNeal, 28, of Sebastian, and Egbert Keith Taylor, 20, of Vero Beach, were each charged with murder, armed robbery and tampering with evidence.

The two men, who are cousins, are accused of shooting 53-year-old Sharon Sewell, of Vero Beach, on Oct. 30 and leaving her body on the side of the road on 61st Street.

The men, who burned Sewell’s purse, are also accused of selling the stolen pills with a street value of about $3,000.

Sheriff Loar said McNeal is a career criminal and had been out of the Department of Corrections for 180 days.

Taylor was on misdemeanor probation. Loar also said Sewell has no criminal history that would tie her to any illegal selling of her pills.

A passerby found Sewell’s body lying in the 6200 block of 61st Street. in Vero Beach.

At the time, Indian River County investigators thought Sewell was hit by a passing motorist, but an autopsy report revealed she was shot in the back of the head.

Taylor told deputies that McNeal picked him up at his home and that Sewell was in the front passenger seat of the vehicle.

As they drove down 61st Street, Taylor “acted like the car was overheating and they needed to stop and put water in the radiator,” according to Loar.

McNeal walked behind the vehicle and opened the trunk where he had water for the engine. He then proceeded to open the hood of the car.

Taylor said McNeal lured Sewell out of the car to help him with the water when he walked up and shot her in the head.

The two men left Sewell’s body in the roadway and drove back to McNeal’s home where burned her purse and took the pills to sell on the street.

McNeal said the two men made about $600 from the pill sales.