2 Healthcare Workers Charged With Exploitation of the Elderly 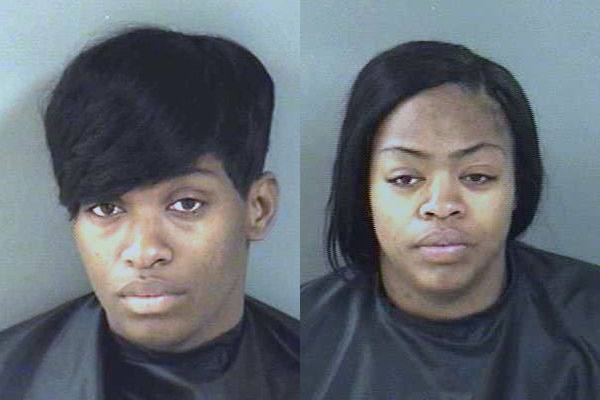 Sophia Monae Shepherd, 30, and Chiquita Lashae McGee, 29, are accused of opening credit cards in their names, but under the victim’s accounts in Vero Beach.

VERO BEACH – Two CNA’s working as healthcare workers were arrested Tuesday on charges of Exploitation of the Elderly, Organized Fraud, and Scheme to Defraud a Financial Institution in Vero Beach, according to the Indian River Shores Police Department.

Sophia Monae Shepherd, 30, and Chiquita Lashae McGee, 29, are accused of opening credit cards in their names, but under the victim’s accounts, with an unlimited line of credit.

The Vero Beach healthcare workers proceeded to charge in excess of $400,000.00 for personal items, to include cosmetic dental work, plastic surgery, cruises, expensive jewelry, clothing, an engine for one of their cars, exotic car rental (a Rolls Royce Ghost for 5 days @ $995.00 per day), hotels in various cities in Florida, and to pay a fine in St. Lucie County.

The total amount for all fraud related to this case is at least $543,973.00. They also fraudulently obtained checks from the victims.

“In December 2017, the Indian River Shores Department of Public Safety received correspondence from the State of Florida Department of Health concerning a possible fraud case against two elderly infirmed residents by their home healthcare workers (Certified Nurses Assistants). The names of the victims are being withheld due to medical privacy concerns,” Chief Rich Rosell said in a statement.

“Detective Sergeant Kip Benham, Detective Ken Barrett, and Officer Rodney Grass were assigned to the case and quickly determined there was substance not only to the allegations of fraud, but that the case fit the criteria set forth in the Exploitation of the Elderly in the Florida Statutes,” Rosell added.

The detectives opened the investigation into the case, focusing on Shepherd and McGee, both from Vero Beach, Florida. The two suspects were employed by a reputable home healthcare company to care for two residents of the John’s Island subdivision of Indian River Shores.

Police said that early in the investigation, one of the victims passed away. Their home healthcare company terminated the two suspects.

However, Shepherd and McGee convinced the victims to allow them to open the credit cards in their names with an unlimited line of credit.

The suspects were arrested and charged with one count each of Exploitation of the Elderly, Organized Fraud, and Scheme to Defraud a Financial Institution.

Shepherd and McGee are currently in the Indian River County Jail without bail pending their first appearance on Wednesday, March
14, 2018.