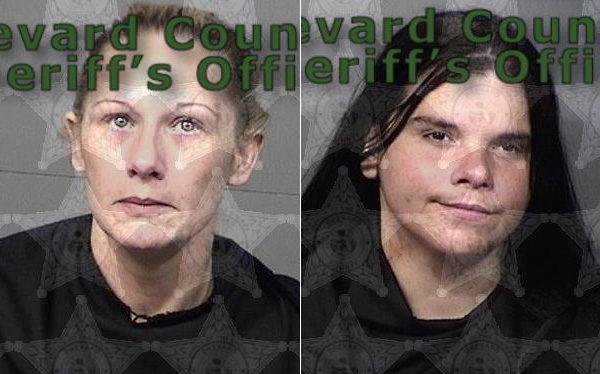 Deputies say two Barefoot Bay women were in possession of a stolen van and tools, according to the Brevard County Sheriff’s Office.

Earlier this month, a homeowner in Melbourne Beach reported a theft of a Husky soft side tool bag that was taken from his garage. He told deputies that he spotted two women on the property and asked them to leave.

Earlier in the day before the homeowner returned, a neighbor also questioned the two women who were in the homeowner’s garage. The women told the neighbor they were only dropping off supplies and were there to “view the water.”

A detective with the Brevard County Sheriff’s Office was already working on a grand theft case involving a white van when she read the homeowner’s report. They got a lead that two women in Barefoot Bay matched the description by the homeowner and van.

The homeowner picked out the two women from two separate photo lineups that were generated by the detective.

The women were identified as Jennifer Michelle Crowley, 36, and Brittany Rose Marie Parsley, 30. They were transported to the Brevard County Jail.

Crowley was also charged with violation of probation. She is still being held on $10,000 bond.