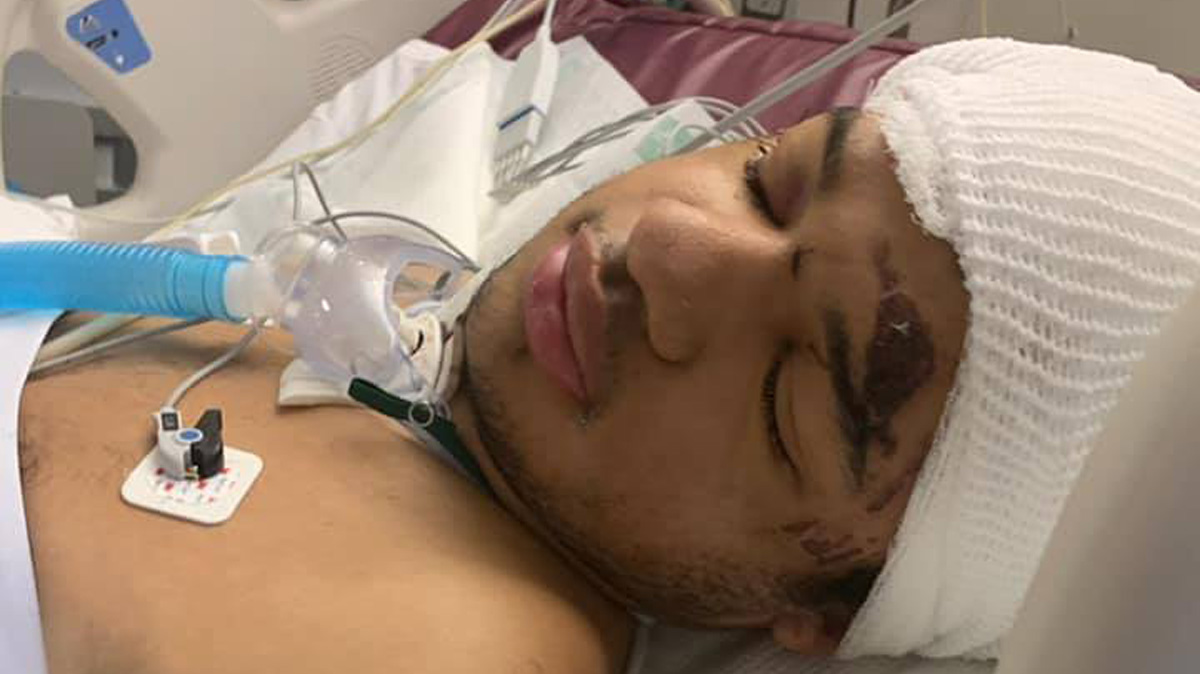 Cameron Redstone, 22, sustained significant brain and other injuries and is clinging to life at Holmes Regional Medical Center after being involved in a catastrophic car wreck in which the tractor-trailer that hit him fled the scene.

On Friday, February 5, 2021, at approximately 1:30 am, the Florida Highway Patrol was called to the scene of an accident on I 95 in the southbound lane near mile marker 176 in Palm Bay, Florida.

Witnesses reported a tractor-trailer with a white cab and green trailer hit Redstone’s car with such force that it tore it in half. The tractor-trailer driver then fled the scene southbound on I-95, leaving Redstone to die in the middle of the road.

“I am offering a $10,000 reward to the first person who will come forward. The driver was southbound on I 95, and he could be in South Florida, or perhaps he diverted to the West Coast of Florida. At this point, he could be anywhere, but somebody will know who he is,” Lanier told Sebastian Daily.

The tractor with front end damage could be being secretly repaired somewhere or stashed in somebody’s garage or hidden.

The family is absolutely devastated, as you can imagine.

“His mother is devastated. It does not look good. He needs your help. I need your help on his behalf,” stated Lanier.

Please contact Attorney Clinton W. Lanier at Clintonwlanier@gmail.com or call him at (772) 532-1665.