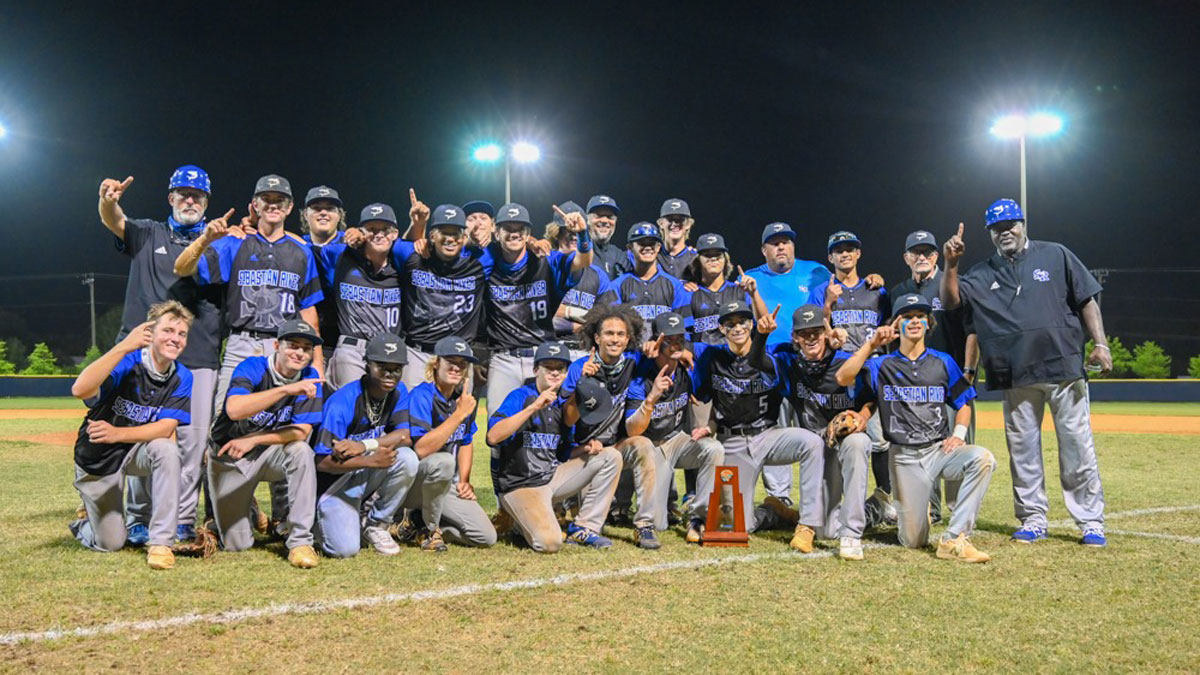 Sebastian River takes the lead in the sixth inning for a victory over the Eau Gallie Commodores. They were down 7-5 in the top of the sixth inning when Peyton Prescott hit a grand slam bringing in Christian Snow, Billy Cotgreave, Bryan Marinez, and himself.

The Sharks had a five-run lead in the first inning and then held off Eau Gallie. The Commodores scored six runs in the failed comeback with a home run by William Hagen in the first and walks by Joelvis Tejada and DeAmez Filipe’ Ross in the fourth, and a sacrificed fly by Tejada in the seventh.

In the first inning the Sharks got on the board when Zachary Santiso drove in one, and Santiso singled.

Eau Gallie scored three runs in the fourth inning, and in the bottom of the inning they tied things up at five when Ross drew a walk, scoring a run. Brandon Bragg, Tejada, and Ross all brought in runs.

Righthander Calvin Junek was credited with the victory for Sebastian River Sharks Varsity. He lasted one and one-third innings, allowing two hits and one run.

Jackson Kiefer and Santiso entered the game from the bullpen and helped to close out the game in relief. Santiso recorded the last three outs to earn the save for Sebastian River.

Tejada took the loss for Eau Gallie; he went four and two-thirds innings, allowing five runs on five hits and striking out six.

Sebastian River Head Coach Todd Holden is looking forward to Regionals and credits the District win to being good teammates.

“Our focus this year has been on being good teammates on the field and in the dugout and on not letting mistakes or errors or bad breaks carry over. You can hear our staff and players shouting “so what” any time something does not go quite right. Last night was the result of all of that focus on being a good teammate and of our “so what” culture. These are great young men who together make a great unit. Now it’s time to see if we can make a little noise in the regionals, Coach Holden told Sebastian Daily.

Where are the people of Sebastian? City approves $1 million in spending with no questions.