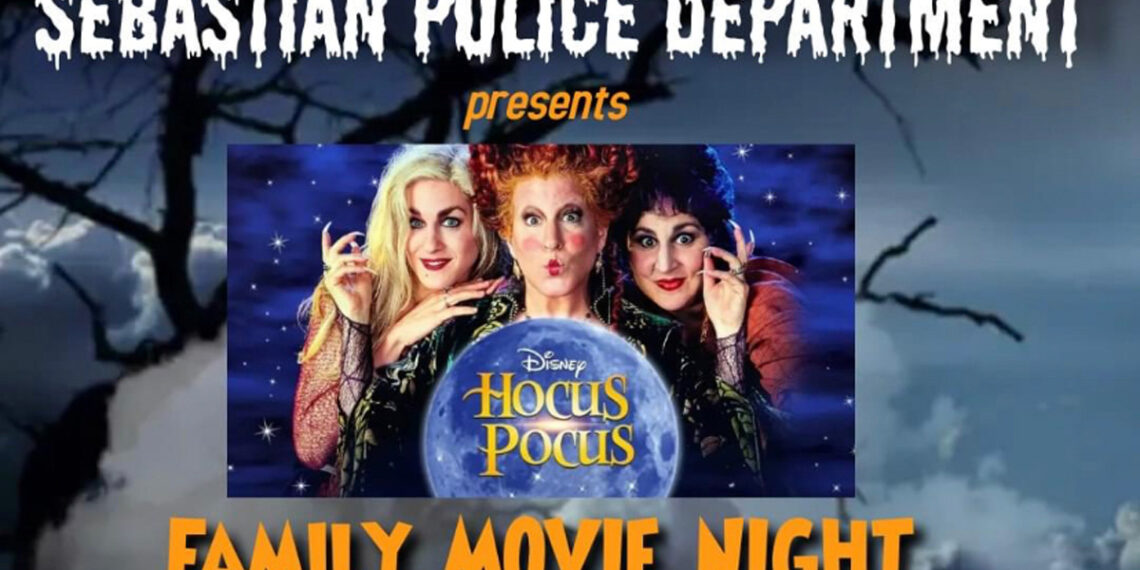 The Sebastian Police Department is hosting a family movie night for Halloween with free popcorn and snowcones on Friday starting at 7:00 p.m. at Riverview Park in Sebastian.

But at least one resident has a problem showing the movie Hocus Pocus, a 1993 Disney classic starring Sarah Jessica Parker, Bette Midler, and Kathy Najimy, calling it a “witchcraft occult” and against her personal beliefs.

Ruth Kuvlesky, who says she’s with the Indian River Freedom Coalition, touting 1,300 members, condemned the Sebastian Police Department’s decision on their choice of the film for families. She addressed her concerns in an email to Sgt. Todd Finnegan.

“I am a huge supporter of the Sebastian Police, and I appreciate your service to our community. However, I am extremely disappointed that you chose a movie for families to watch promoting witchcraft. Have you considered that this witchcraft occult is a faith – against God – but still a faith,” Kuvlesky wrote.

Kuvlesky is opposed to any such movies, because she says it promotes casting spells to harm others. She says the movie indoctrinates children and others that the police department supports witchcraft.

“As you know, most other faiths are opposed to the occult. As a Christian taxpayer, I am opposed to any such movies that promotes such a faith that would cast spells to harm people, particularly Christians. This indoctrinates children and others that witchcraft is supported and/or sponsored by the Police Department and our City, something I am sure you did not intend,” Kuvlesky said in the letter.

Kuvlesky also stated she doubts that the police department would be allowed to present a Christian-based movie for Harvest Day.

“Our Indian River Freedom Coalition, 1300 strong, also opposes any type of witchcraft movies or support by our City in any way of same. I am sure there are family-friendly movies that don’t involve witches and spells that could be chosen in the future,” she said.

Kuvlesky demands the police department to let her know their position so she can share it with her coalition.

Sebastian Daily spoke with Capt. Tim Wood about the movie, and he stated they would proceed with the movie as they are just trying to have a good time with families in the park for Halloween.

Recently, Disney released Hocus Pocus 2, a haunting sequel to the 1993 Halloween cult classic. The movie is currently streaming on Disney+.

Area neighbors concerned over mobile showers for the homeless in Sebastian