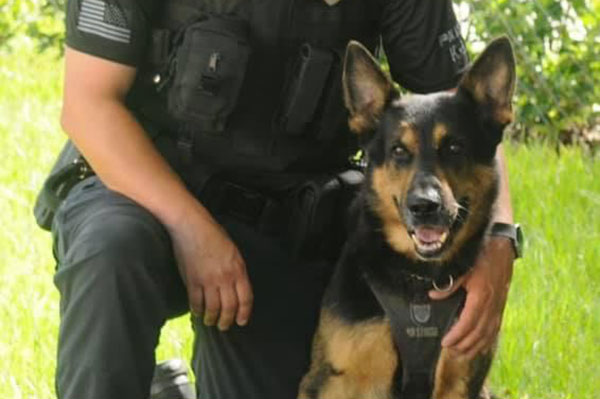 K-9 Jeronimo “Jery”, is retiring on Wednesday, July 22, 2020, after loyally serving the City of Sebastian for the past nine years.

Jery started his career with the Sebastian Police Department on June 6, 2011. He went on to complete his training and passed his FDLE Certification in September of 2011.

During his career with the Sebastian Police Department, Jery was deployed approximately 382 times. He has located two suicidal persons and has been credited with many arrests, including charges of murder, attempted murder, grand theft auto, robbery, burglary, fleeing and eluding LEO, aggravated battery, and narcotics possession.

K-9 Jery will spend the remainder of his life living with his partner, Corporal Ritchie Revis, and his family enjoying the A/C, living in luxury, eating doggy num-nums, watching Animal Planet and reruns of Paw Patrol.

Most police dogs retire after about 7 to 8 years. Most breeds who tend to work as K9’s live on average 11 to 14 years, depending on the breed.