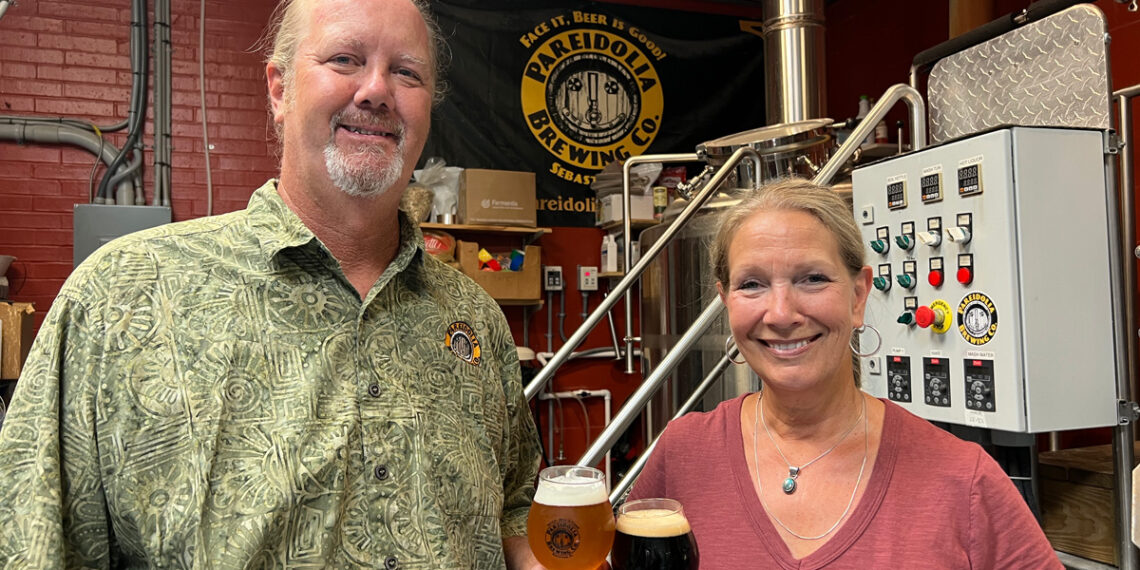 Pareidolia Brewing Company will be celebrating its 8th Anniversary on Saturday, November 5, 2022, from 4:00 pm to 7:00 pm. They will have live music, a food truck, hourly raffles, and delicious beer.

Pete and Lynn Anderson made their dreams a reality in January 2014 when they opened Pareidolia Brewing Company in Sebastian. Before then, they both worked for the Indian River School District. Pete was an elementary school teacher at Liberty Magnet, and Lynn was an Executive Assistant for the IRC School District.

There will be live music by Souljam, performing 4:00 pm – 7:00 pm on the outdoor stage, so make sure to bring your folding chairs.

Souljam “a jam band” is made up of:

They play cover tunes and write and perform their own material. Souljam’s music would be considered classic rock or those acquainted with Widespread Panic, The Allman Brothers, and Umphrey’s Mcgee. They want their listeners to be stimulated by the new and exciting, not hypnotized by the tried and true.

In addition to the Pareidolia Brewing Co. kitchen being open, the LenAnd10 food truck will be on the premises. Their menu includes burgers, chicken tenders, steak grinders, grilled chicken wraps, spicy chicken, and hotdogs.