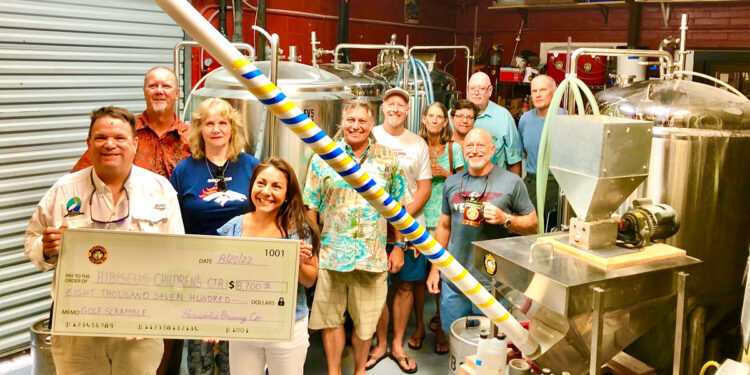 Pareidolia Brewing Company recently presented a check for $8,000 to the Hibiscus Children’s Center after raising the money from their Inaugural Open Charity Golf Scramble event on July 30 at the Sandridge Golf Club.

The award-winning brewpub was thrilled with the money it raised for the local non-profit and has plans to make the golf scramble an annual event.

Brewery Co-owner Pete Anderson presented the Director of Special Events at the Hibiscus Children’s Center Loreto Murray with the check on Monday, August 22, 2022, at the brewery.

While he thought the event would go well, Anderson never thought it would go as well as it did for its first year. Open spots for the golf scramble filled up way sooner than expected for a first-time event, and there were more than 100 golfers.

“Absolutely blown away by the turnout and level of support from everyone who helped make it a success! Next year we hope to raise even more money for charity and make it even more fun for the players, Anderson told Sebastian Daily.