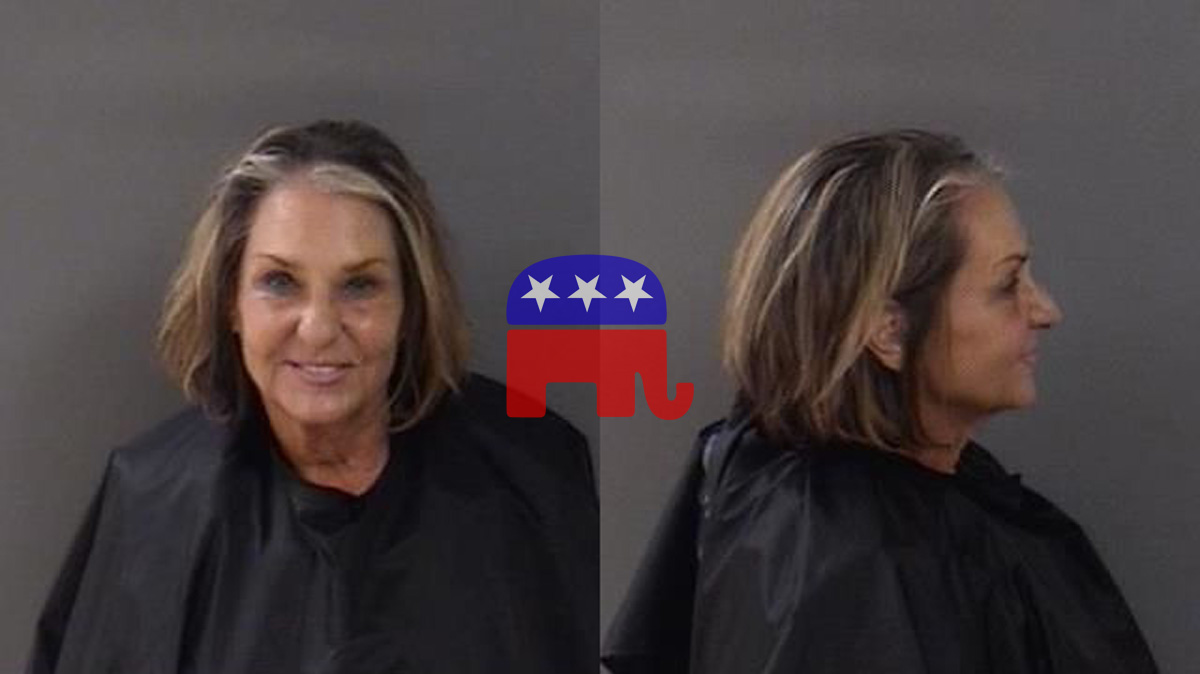 Pamela Parris wants to serve on the Republican Executive Committee.

Former Sebastian Councilwoman Pamela Parris is trying to get on the Indian River County Republican Executive Committee, which will go up for a vote on Wednesday, February 10, 2021, starting at 7 p.m. at the Elks Club located at 1350 26th Street in Vero Beach.

Parris, who was recalled by 94% of the voters in Sebastian, has been attending recent meetings with the Republican Party of Indian River County. This month, her name appeared on the agenda for a vote during the next meeting.

Since Parris was recalled in Sebastian, she is not eligible to run for any office or serve on any board/committee in Sebastian, Florida.

However, many people are expressing their disbelief that she is trying to serve on a Republican Party board.

“Regardless of your affiliation, it is important to have leaders in our community who have a strong moral background, who believe in the law, who will stand by their oaths, and who are not facing trial for doing the opposite,” Sebastian Vice Mayor Jim Hill told Sebastian Daily.

Hill is referring to the criminal trial scheduled for May 3, 2021. Pamela Parris was charged with violating the Sunshine Law and three counts of perjury after lying to investigators, court records say.

The charges came after she participated in a nonpublic meeting on April 22, 2020, with two other council members to fire city staff and appoint a new Sebastian mayor. Residents called it a coup to illegally take over the City of Sebastian during the COVID-19 pandemic. She was arrested on June 17, 2020.

Last September, Pamela Parris, of Sebastian, was found guilty of another Sunshine Law violation when she and one other council member were privately discussing city matters.

“Honestly, this has to be a joke your Committee is playing on the residents of Sebastian! Do you understand what she put the residents of our City through? She can’t even form a complete sentence without a lie in it. And don’t forget she joined in on a lawsuit against me that is still going on with her buddy Damien Gilliams. That lawsuit was trying to take our rights away to recall them. Because of that nonsense the voters had to raise over $10,000 for a retainer, and I received my closing invoice from the attorneys for another $5000.00. What a black eye this is to your committee, no one in Sebastian will ever take you serious again if you allow this,” Tracey Cole, who led the PAC group to recall Parris, told Sebastian Daily.

Another City Council member spoke out against Parris serving on the committee after she was recalled.

“I find it admirable for a citizen to want to be involved in their community. But when that involvement on the political level has been riddled with lies, distractions, selfishness, convictions for Sunshine Law violations, and being recalled as City Council person for those misdeeds. I would hope that no matter where you sit with your political affiliation you would want a moral, law-abiding citizen to represent your interests, and when they swear an oath, that they keep it,” Sebastian Councilman Chris Nunn told Sebastian Daily.

Local residents don’t understand how the Republican Party of IRC would ever want Parris on the committee.

“I don’t understand how she missed the fact that so many Sebastian residents voted No Confidence and wanted to remove her from our City Council? She has lied and cheated, and when caught, she laughed at voters. Does she really think our memory is that short? I will not be able to understand why the Republican Party of IRC would even allow her as a Board member,” Lee Reed told Sebastian Daily.

People are also questioning her leadership skills and understanding of the position on the committee.

“In light of her legal problems, she is not fit to serve. Pamela Parris did not show that she could understand matters before the Town council. Let alone stay awake during the meetings. The Republican Party Committee requires leadership and clear-thinking people, not dead weight,” Nicholas Scheskowsky told Sebastian Daily.

Parris attended the last Republican Executive Committee on January 13, 2021, where she was named as a prospective member for the election for Committeewoman.

It will be up to a vote among the members on Wednesday, February 10, 2021, to determine her membership on the committee.

Letters to the Editor: $15 Minimal Wage Will Have A Cascade Effect