One year anniversary of the disappearance of Susy Tomassi 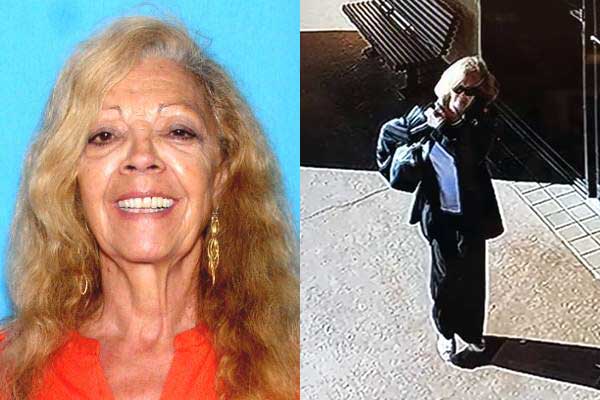 VERO BEACH – On March 16, 2018, Susy Tomassi, 73, walked away from the Quilted Giraffe restaurant and hasn’t been seen since.

Indian River County Sheriff’s Detective Michael Dilks has been the lead case agent on the investigation since it began.

“We continue to follow leads on the case and ask anyone with information to please come forward,” Dilks stated.

Search and rescue teams combed the wooded area near Oslo and US 1 for days after her disappearance but never found any sign of Tomassi.

Rhett R. Baker, Tomassi’s son said, “I miss my mother and there’s a void left in my heart that can only be filled when we find her. Wherever you are Mom, I love you! I just want the public to know that if you have a family member that suffers from any type of mental illness, such as Alzheimer’s disease, spend as much of your extra time with them as possible because you never know when it will be the last time that you do. Most things are replaceable, time and loved ones, not so. The regret you will experience can weigh more than you will ever think it can. For those who don’t have faith to get you through difficult times, I pray you have the support system of loved ones that I have had. God bless and thanks to all who have helped our family thus far as well as the tireless efforts of Detective Dilks and all at the Indian River County Sheriff’s Office. Never give up hope!”

Indian River County Sheriff Deryl Loar stated, “As we recognize one year since the disappearance of Susy Tomassi, we ask the public to come forward with information. Somebody out there knows what happened that day. You can remain anonymous by contacting Treasure Coast Crime Stoppers at 1-800-273-TIPS (8477). We need your help to bring closure in this case.”

Last April, detectives followed up on leads in Brevard County, where sightings were reported at Wickham Park.

Some witnesses told investigators that Tomassi was seen wandering in the park and other places in Melbourne. They said she was in the company of the homeless.