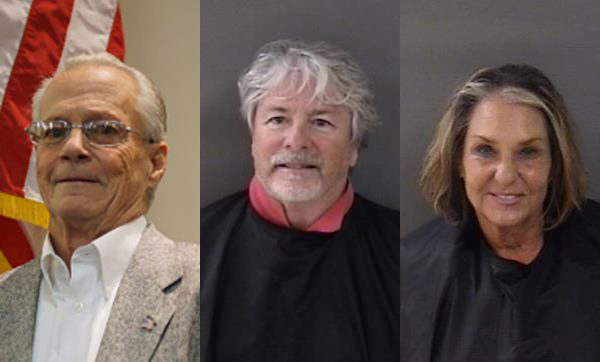 Charles Mauti, Damien Gilliams, and Pamela Parris have been served.

“I’m proud of the group and couldn’t be happier about the special election date to remove them,” Tracy Cole, founder of the PAC group to recall the three council members, told Sebastian Daily.

All three council members were just served papers this week, informing them that the recall petitions have been verified by the Indian River County Supervisor of Elections. They had five days to respond or resign, but the Chief Judge went forward and scheduled the special election anyway.

“It’s incredible how the citizens came together to do what so many said couldn’t be done. The citizens of Sebastian stood up against the illegal and unethical action of council members. I am very proud of Sebastian and our residents. Well done,” Hill told Sebastian Daily.

Mayor Ed Dodd could not be reached for comment.

Sebastian citizens have repeatedly expressed their disappointment in Gilliams, Parris, and Mauti. Residents are still angry that Gilliams attempted to appoint himself as mayor during the April 22nd meeting, which residents say was a “coup” and deemed “illegal” by the State Attorney’s Office.

Gilliams and Parris were arrested last month on multiple criminal charges for violating the Sunshine Law and perjury after lying to investigators.

There is also a significant lawsuit pending by government defender Michael Barfield, which could cost taxpayers.

“That’s why we have insurance,” Damien Gilliams said during the last City Council meeting.

However, citizens provided public input at the meeting about Gilliams’ statement, calling it “careless” and reminding the city that their insurance premiums could skyrocket or their coverage could be dropped because of Gilliams, Parris, and Mauti.

Since May 20th, the recall group gathered the supported petitions to recall the three city council members during two different rounds. The final step is leaving it up to the voters to decide their fate on September 9, 2020.