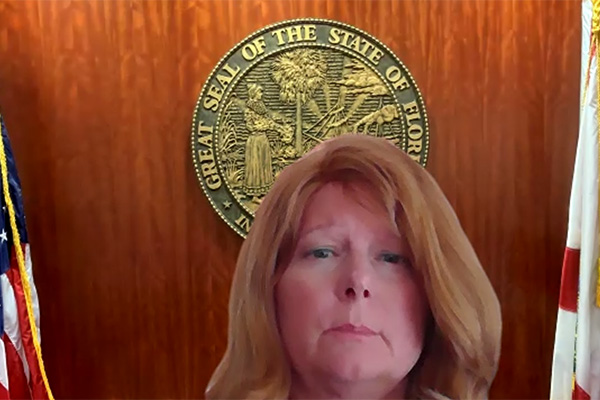 “The court finds that the facts alleged in the petition are legally sufficient to establish grounds for malfeasance as a matter of law,” Croom ruled.

Gilliams says the Recall Committee improperly started the signature collection process prematurely, because they began collecting signatures on May 20, 2020, about one day early.

“However, the statute actually provides that ‘no petition to recall any member of the governing body of a municipality shall be filed until the member has served one-fourth of his or her term of office … The petition was filed on May 29, and was thus not premature,” Judge Croom said.

Craig Rappel, Damien Gilliams’ attorney, was very brief when addressing the complaint. Rappel said Gilliams has a right to bring the recall issue to the courts for a full review of the process. Rappel also said Gilliams was served on a Sunday, which is against the Florida Statute.

However, Judge Croom ruled Gilliams can be served the petition notices on a Sunday because the “petition was not a writ, process, warrant, order or judgment.”

Andrea Amigo, Williams’ attorney, argued that no Florida Statute says Damien Gilliams could not be served the recall papers on a Sunday. The only exceptions are when people are served with other legal notices, such as a court appearance or a warrant. Amigo then asked that the lawsuit against the City Clerk be dismissed.

Gary Rooney, Tracey Cole’s attorney, told the judge that Gilliams provided a poor response to their motion to dismiss and a bad presentation during Wednesday’s court hearing. Rooney says Gilliams and his attorney misquoted the statute in several complaints against Cole. Rooney also told the judge that there’s no authority to stop the recall election.

Dylan Reingold, Leslie Swan’s attorney, said Gilliams has a misunderstanding of the law. He said Swan handled the petitions correctly and that they are valid. Reingold said the petitions were verified and checked for duplicates, and it’s an “in-depth eleven step process.”

Croom said Leslie Swan has completed a verification of each petition.

“She is not responsible for determining the legal sufficiency of the petition. Her duties with respect to the recall process are ministerial,” Croom wrote.

Croom also addressed Gilliams’ complaint that the Recall Committee committed campaign financing violations during the petition signature process, because certain expenses, such as printing the petitions, are not included in the finance reports.

“However, the plaintiff (Damien Gilliams) has not provided any authority to indicate that the campaign violations he alleges, even if true, would somehow render the recall process invalid,” Croom said.

Gilliams also contends that the petition forms circulated for signatures were improperly bundled, in violation of Florida Statute.

“First of all, it is not clear what factual allegations the plaintiff is making with respect to ‘bundling.’ In any event, 100.371(3), Florida Statutes pertains to constitutional amendment ballot initiatives and is not relevant to this action,” Croom wrote.

Gilliams also said the petition document is facially and legally insufficient as a matter of law for a number of cases.

“First, he contends that the document contains a typographical error when it refers to malfeasance based on 100.361(2)(c)(1), Florida Statutes, because [the statute] does not exist and ‘typographical errors are not permissible with respect to any Petition/Initiative required to come before the electorate’. The Court notes that the malfeasance ground for recall is actually found at 100.361(2)(c)(1). The plaintiff has not provided authority for his contention that no typographical errors are permissible on a recall petition,” Croom wrote in her ruling.

The only issue left is if 406 signatures were improperly witnessed, which Gilliams will have to prove. There was one exhibit with a text between Christopher Nunn and one other individual showing a petition may have been improperly witnessed, but both parties are willing to testify against the allegation.

Legal experts tell Sebastian Daily that the issue left will be nearly impossible for Gilliams to prove. Experts say this will eventually be dismissed like the other complaints.

On Sept. 8, 2020, a court hearing is scheduled for Gilliams to prove certain petitions were improperly witnessed.