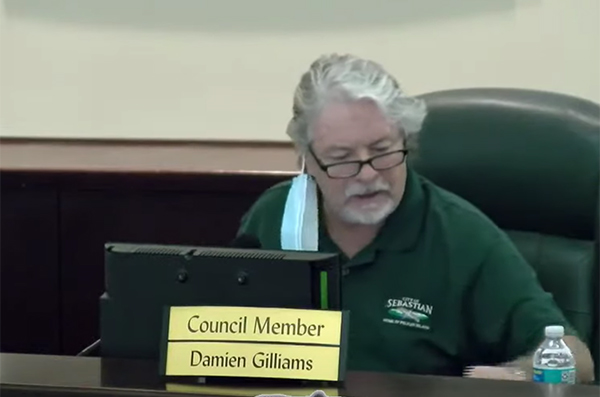 Damien Gilliams is hoping an appeal will stop the recall election.

On Tuesday, Circuit Judge Janet Croom dismissed the final complaint in a lawsuit by Sebastian City Councilman Damien Gilliams in an attempt to stop the Sept. 15 recall election.

The election, prompted by Sebastian citizens who signed petitions with the PAC known as Sebastian Voters Against Gilliams and Parris, will continue to move forward towards recalling Damien Gilliams, Pamela Parris Charles Mauti from public office.

Gilliams then filed a Notice to Appeal, hoping to bring the case to the 4th District Court of Appeal. Gilliams has not officially filed an appeal, only the notice.

Gilliams will still have to file an appeal and then hope a judge will listen to the case that the courts have already dismissed.

Legal experts in Sebastian and Vero Beach tell Sebastian Daily that it will be an uphill battle for Gilliams to file the appeal expecting the courts to intervene in the electoral process. The experts say it is highly unlikely that the appeal will go anywhere to prevent the recall election.

Gilliams and Parris were arrested in June and still face criminal charges for violating the Sunshine Law, while Mauti faces a lesser charge for cooperating with the State Attorney’s Office.

The charges are from violating multiple Sunshine Laws and perjury stemming from a meeting on April 22 that the State Attorney’s Office called “illegal” while the residents identified it as a “coup” for trying to take over their city and appoint Gilliams as the new mayor.