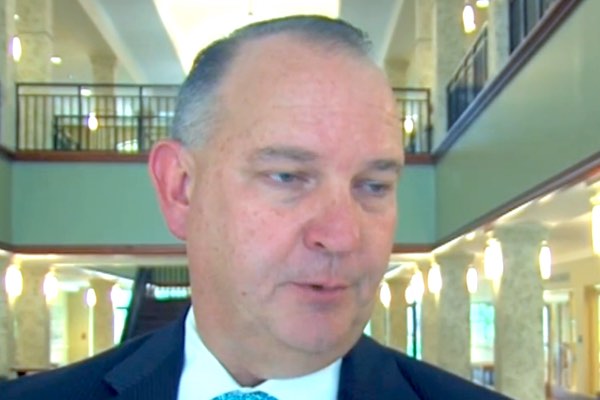 Indian River County Sheriff Loar asking for $1 million to pay overtime wages, but gets $500,000 instead.

Loar’s annual budget is about $50 million but says he put his entire workforce on “alpha” status before and during Hurricane Irma which resulted in overtime wages.

Loar said he plans to replay the funds using reimbursements from the Federal Emergency Management Agency.

While the Indian River County Sheriff asked for $1 million, the Board of Commissioners had other calculations.

Commissioner Bob Solari did some of his numbers and told Loar that an amount of $250,000 was plenty of money to cover his payroll. Commissioner Tim Zorc calculated $200,000.

Even so, Loar argued that it wasn’t enough, and kept pressing the Board. The commissioners finally voted 4-1 to give him $500,000 to pay his Indian River County staff.