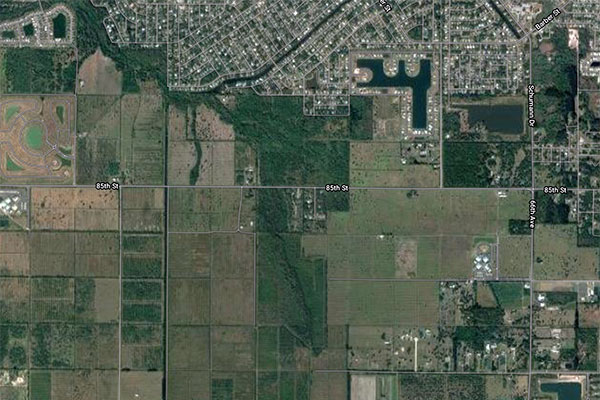 Opinion/Editorial – The same environmental groups that stalled the previous voluntary annexation between Graves Brothers and the City of Sebastian are now demanding to have input on the upcoming annexation agreement. However, the city is already making it public for citizens to be involved in the process.

According to a letter that Sebastian Daily obtained from city records, four environmental groups recommend the city hire an independent planning consultant to handle the annexation.

They are concerned over the South Prong of the River where the annexation is taking place, saying that an independent planning consultant with ecological and biological expertise will be needed to assist the City of Sebastian and the Graves Brothers during the annexation approval process. They feel the city needs a planning consultant with more “relevant skills” than an attorney or engineer.

In other words, they don’t feel the city council and staff are capable of completing an annexation without their blessing, even though the city has its own Natural Resources Board with environmentalists located here in Sebastian.

Remember, some of the board of directors of these organizations were present during the illegal meeting in the city that took place with Damien Gilliams, Pamela Parris, and Charles Maulti.

It’s not surprising that the Pelican Island Audubon Society would again be involved since they gave a citizens award based on no scientific data to a man who filmed a propaganda video against the city containing misinformation.

What gets me is that these environmental groups are located elsewhere than Sebastian and want to dictate how the city operates. Most of them do receive free office space from the county, and as a result, they tend to look the other way whenever the county develops near the St. Sebastian River with a few homes on septic instead of sewer, as well as a new mobile home park near the waterfront on Indian River Drive.

It also shouldn’t come as a surprise that many of these people involved in these environmental groups still use septic at home when sewer service is available to them. Are they that worried?

As the county continues to build all around Sebastian’s borders, these environmental groups have sat quietly. So where’s the outrage in that?

But when the City of Sebastian wants to conduct a voluntary annexation, they seem to think the people put into office by the citizens can’t do the job. I think most citizens in Sebastian will find that insulting.

“The process must be managed correctly, so the city does not have to incur expensive legal fees where only the attorneys win. This is a once-in a-lifetime opportunity for the City Council to promote a professional vision for the future land use and housing development in Sebastian,” the letter says.

An opportunity to promote a professional vision for the future? Are you kidding me? What water are they drinking?

Why should we listen to these environmental groups that have already cost taxpayers money for unnecessary legal bills and then helped three people get into public office who stopped maintaining our parks and canals that took two years to clean up?

“There should be a ‘right’ person or firm out there with the vision to help guide us in this venture. We will be happy to help identify that resource and recruit them to lead the process,” the letter also states.

No thanks. I don’t feel the citizens of Sebastian need your help. The city already has enough environmental experts working and volunteering for them to help with the annexation process.

The letter to the city is signed by:

Please remember these names and organizations. Click here if you want to read their letter.