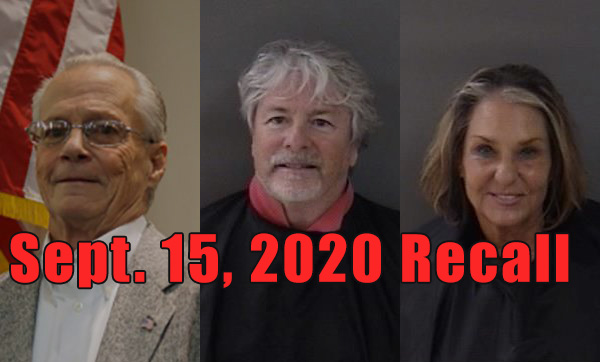 In addition, the election will also take place on Sept. 15th for people running to replace the three city council members. The original date was scheduled for November 3, 2020.

“Therefore, pursuant to Florida Statute §100.361(4), it being necessary for me to set a recall election date, now that the three persons designated in the petition (Damien Gilliams, Charles Mauti, and Pamela Parris) have chosen not to resign by the deadline set by law, I do hereby set the recall election date for September 15, 2020,” Chief Judge Lawrence Mirman wrote in a letter addressed to Supervisor of Elections Leslie Swan and Sebastian City Clerk Jeanette Williams.

On July 25, Vice Mayor Charles Mauti told a few reporters that he was going to resign, stating he was “disgusted” with what’s going on in Sebastian and calls the city council meetings “chaotic.”

However, Mauti has not resigned, and a couple of his close supporters told Sebastian Daily that he will wait it out through the recall.

Damien Gilliams has filed a lawsuit to stop the recall, citing “deceit and fraud” from the PAC recall group. There are several allegations made in the lawsuit. The court case is scheduled for Monday, August 24, 2020, at 1:00 p.m.

Damien Gilliams and Pamela Parris still face criminal Sunshine Law violations and a perjury charge after lying to the State Attorney’s Office. Gilliams and Parris were arrested on June 17, 2020.

A lawsuit was also filed against Gilliams and Parris by Sunshine Law defender Michael Barfield. It could cost the taxpayers in Sebastian millions of dollars.