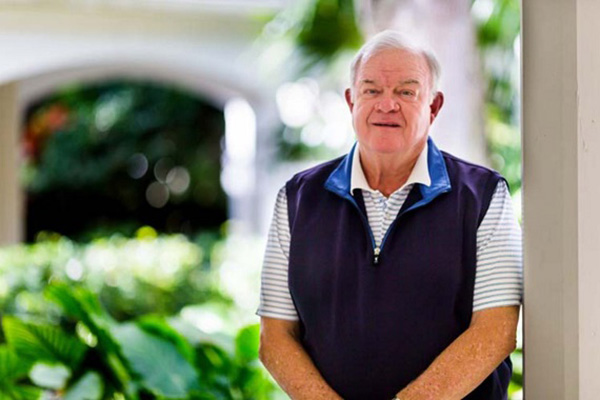 Brian Barefoot is running for Indian River County School Board.

A couple of days ago, a message was posted on social media by former Sebastian Councilwoman Andrea Coy about Indian River County school board candidate Brian Barefoot.

Coy alleges that Barefoot endorsed Damien Gilliams for Sebastian City Council and that he previously broke the Sunshine Law a few years ago when he was Mayor in Indian River Shores.

“What Gilliams’ behavior and problems have to do with a school board election I don’t know, but I find it appalling to be perfectly honest. And why would Andrea Coy take a shot at me when her target is Gilliams? I guess that’s the sad case of politics today,” Barefoot told Sebastian Daily.

Barefoot said he met Gilliams in 2013 when he was running for Indian River Shores Town Council. Gilliams kept in touch with Barefoot and then asked if he would endorse him in the 2017 Sebastian City Council, which he did.

“I did only knowing that he had run several times unsuccessfully. During that time, Andrea Coy contacted me, asked me why I endorsed him, and told me what a horrible person he was and that he had been arrested,” Barefoot said.

Barefoot asked Gilliams about the allegations made by Coy, which Gilliams gave him plausible explanations, and that was the end of it.

“It would be inaccurate to say I was a long time supporter since I endorsed him just that once and over time, I came to understand he was controversial. Whatever other issues he had with the city or authorities, I am unaware of. When informed he put that 2017 endorsement on his website, I asked him to remove it, and he did,” Barefoot explained.

“As I have responded to questions today from several Sebastian residents, I am baffled by his constant attacks on Sebastian city employees and fellow council members, making allegations without any proof,” Barefoot said.

Some of the alleged baseless allegations by Gilliams to his fellow council members is obviously about the sugar sand or telling the public that Jim Hill and Mayor Ed Dodd are leaders of the PAC group attempting to recall him, Pamela Parris, and Charles Mauti.

“I am told there are other Sebastian residents who were supporters but have abandoned him because of his disruptive nature and bizarre behavior. To tell you the truth, I feel bad for his family and the Sebastian residents, especially those who voted for him. It seems the more trouble he gets in, the more he increases the rhetoric rather than pulling back and trying to help the city through challenging times,” Barefoot told Sebastian Daily.

Barefoot did address the Sunshine Law violation that he allegedly broke while serving on the Indian River Shores council. The violation was not criminal, but civil, and he paid the $200 fine instead of dragging it out.

“As far as the sunshine law violation, I was accused by a reporter of violating the sunshine laws because in answering an inquiry he had about a statement I made publicly. I referred him to another Indian River Shores council member and made the mistake of cc’ing that councilman on my response. While both of us were charged and I believe we would have prevailed had we chosen to fight it, but it was easier to pay the fine and move on. This all took place because the Shores filed the lawsuit against the City of Vero Beach over the electric utility. I was the Mayor and represented the Town in court, in Tallahassee, and before the Public Service Commission. We prevailed at every turn with the assistance of excellent counsel,” Barefoot added.

Barefoot also said that in 2019 the estimated savings to all customers was north of $20 million having FPL as the service provider rather than the COVB.

“If you would ask any of the then elected officials such as Harry Howle, Pilar Turner, Lange Sykes, and Laura Moss, they would tell you how those who opposed the sale behaved. To this day, I feel we (my fellow Shores Councilman and I) were set up by the reporter who was in bed with the anti sale crowd, but it was easier to pay the fine than drag things out. I am not looking to replay that entire process or accuse anyone. The fact is, we won, they lost, and the biggest winners of all are the residents and businesses that now have FPL and not the COVB Electric Utility as their electric service provider,” Barefoot said.