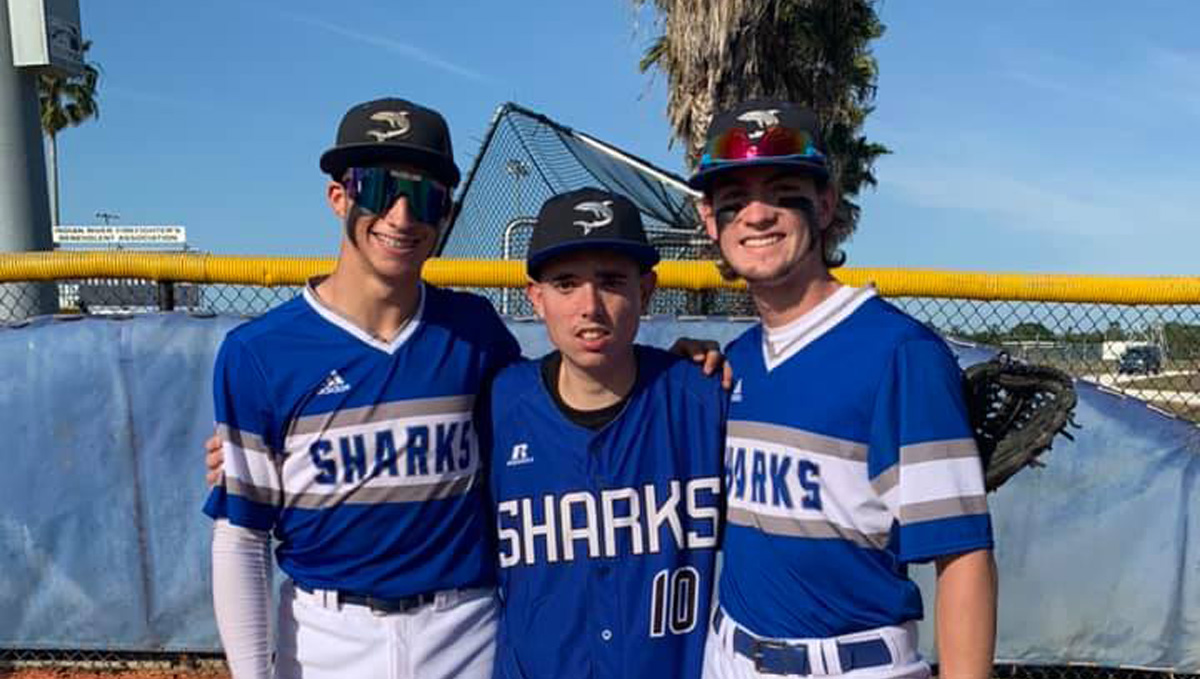 The Sharks Varsity Baseball team was hosting Heritage High School from Palm Bay, but before the game, SRHS alumni Justin Diehl threw out the first pitch and did an excellent job.

Justin is the Varsity Shark’s Baseball team’s biggest fan! I don’t think he has missed a game yet, including away games.

The 24-year-old arrived a bit early to practice before taking to the mound for the first pitch of the game.

Upon arriving, he received an official team hat and jersey from head coach Holden. Then several players gave him pointers in the batting cage and on the field, where he warmed up with the team.

Justin was congratulated by head coach Todd Holden and assistant coaches Derrek Muller, Chris Thomas, and the entire team. Then he got to cheer the team on from the dugout, which helped as the Sharks won over Heritage 4-3.

Manatee deaths in Florida. Are they dying off from spraying herbicides? Let’s examine.

Domino's Pizza in Sebastian shut down by health inspector for rats