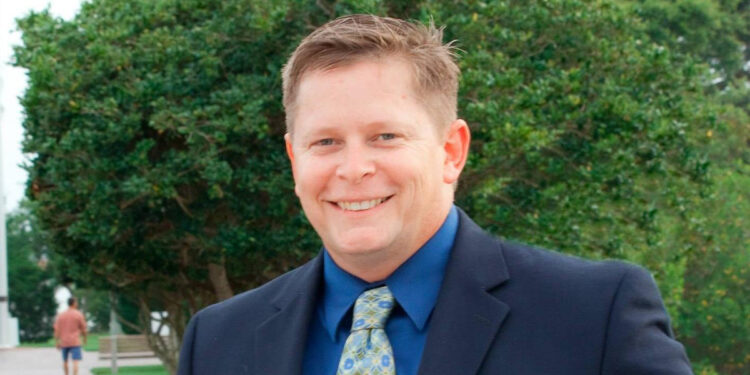 Shawn Frost, an educator, author, and consultant, is hoping to become the next Vice Chairman of the Republican Party of Florida. The vote is at the State Committee Annual Meeting on Feb. 18 in Orlando.

Frost, 50, has recently received an award naming him as the Republican Party of Florida Chairman’s “MPV” or “Most Valuable Politico” for his work with the “Build the Bench Committee,” which had a focus on talent development and non-partisan elections.

Frost said the Build the Bench initiative exemplified how he believes the RPOF functions best: locally lead and statewide supported, and he was proud to be part of that team win.

“While I’m honored to receive this award, I am also humble enough to know that the real work was mostly done by the county-level leadership and grassroots volunteers at the local level. Whether or not you elect me as your Vice Chairman, I aim to shine a light on that good work done by all you great Americans in the coming weeks and months,” he said.

Frost grew up in Sebastian, attended Sebastian Elementary and Sebastian Middle School, and taught at Sebastian River High School. Frost has lived in the area for 47 years.

“Dad moved here when I was three. I moved away for Marines and college. Raised my family here. No doubt this is home,” Frost told Sebastian Daily.

Frost has an MBA and served in the United States Marines Corps, where he was entrusted with and maintained an SCI Top Secret Clearance. He was an educator at the Sebastian River High School, served as a board member for the School District of Indian River County, and has taught executives strategy and leadership.

“I’ve been working on issues within the conservative movement for just as long and helped found and sustain the Conservative alternative to the Florida School Boards Association, the Florida Coalition of School Board Members. In that role, I mentored other conservatives and provided messaging and media consulting to help us present the conservative position on issues by connecting with voters across the spectrum through our shared values. That was great practice for working as a political consultant on elections,” Frost said.

He also helped guide Moms for Liberty through their early days establishing themselves.

“My kids are grown, and I am secure in my career and finances. This is demonstrated by the fact that, at my own expense, I traveled the entire state last year training candidates, campaign workers, and activists. I’m already doing a big piece of the job,” he said.