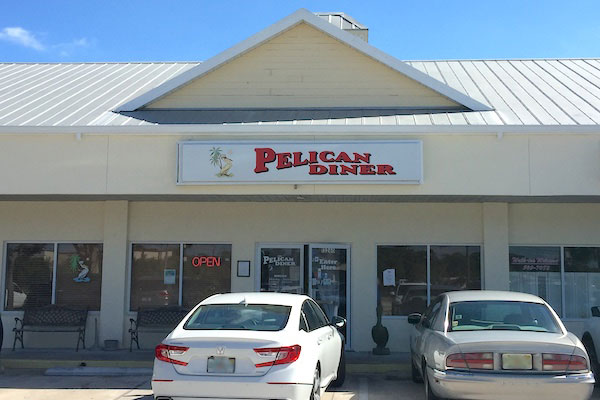 SEBASTIAN – The Pelican Diner was chosen by the Sebastian City Council this week after agreeing to pay the city $2,500 a month rent to open a sports lounge theme at the golf course.

“We look forward to the new partnership with Pelican Diner. I believe that, despite the potential challenges, they possess the unique combination of experience and vision that will lead to their success at the golf course,” Mayor Jim Hill told Sebastian Daily.

The Pelican Diner will soon close it’s operations at 13260 U.S. Highway 1 in Sebastian to move and open the new golf course location by November 1st.

The move comes after Wesley Campbell, owner of Mo Bay Grill was overdue in his rent after six months and asked the city to reduce it from $3,500 a month to $1,000 to compensate for slow business.

However, the city declined, and Campbell closed the Sebastian Golf Restaurant and Lounge and moved out of the building.

While Campbell’s grand opening was a success, he faced scrutiny by several patrons over the prices in the menu. Some golfers wanted a cheaper snack bar and deli sandwiches than what Campbell was offering at the Sebastian golf course.

A month later, the city received two proposals for the restaurant, one being the Pelican Diner as the winning bid. The second bid was from Kathleen Birt and Terry King for $1,600 a month with a $58,000 investment in equipment, according to City Manager Paul Carlisle.

Before Campbell, the restaurant first opened in 1990 as the Eagle’s Nest. The renters renewed their lease twice, for ten years, since 1997.

Greg Helper, the owner of the Pelican Diner, has done very well in Sebastian and has built a large following. Customers think Helper’s prices are great, and speak highly of the food and service at Pelican Diner.