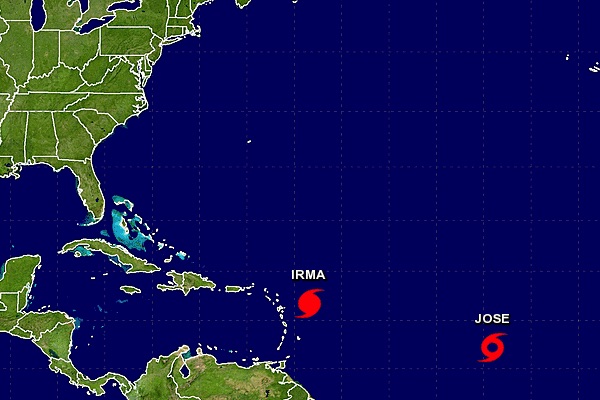 SEBASTIAN – While residents living in Sebastian and Vero Beach are following Hurricane Irma, there’s another threat in the Atlantic named Tropical Storm Jose.

Jose has maximum sustained winds near 40 mph with higher gusts. Some strengthening is forecast during the next 48 hours and the storm could become a hurricane by Friday.

“In about four to five days, Jose should turn toward the northwest and slow as it reaches the southwestern periphery of the high. The model guidance is in good agreement with this scenario and the official forecast is based upon a blend of the ECMWF-GFS-UKMET deterministic and ensemble model output,” according to the National Hurricane Center.

Jose, located east of Hurricane Irma, poses no threat at this time for Sebastian and Vero Beach.

Sebastian Daily will continue to provide updates on both Tropical Storm Jose and Hurricane Irma.