Tropical Disturbances in Atlantic Move Farther Away from Florida 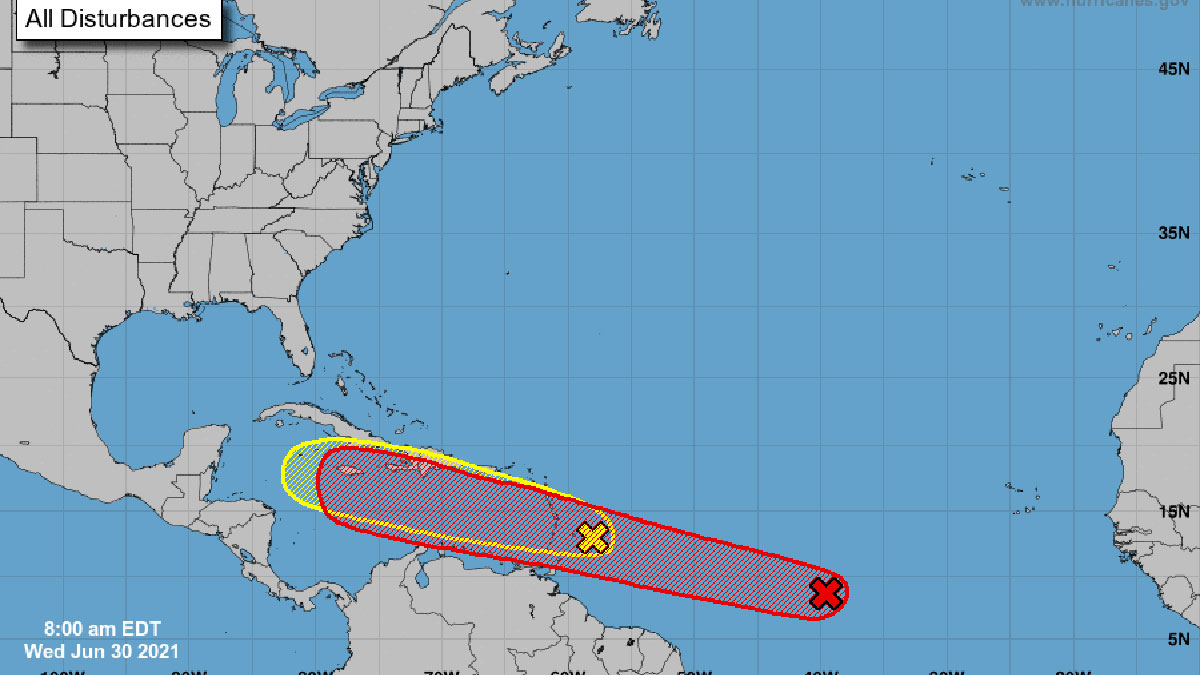 Yesterday, during our Sebastian newscast, we talked about the two tropical disturbances currently in the Atlantic, and there’s been a change overnight. The National Hurricane Center (NHC) now says the disturbance that appeared to be a threat near Florida has changed course.

Disturbance 1, which is the yellow on the map above, has changed direction to the west. Yesterday, it appeared as if it might steer near the coast of Florida.

“Environmental conditions generally appear favorable for development, and a tropical depression is likely to form during the next few days while the system moves west-northwestward at about 20 mph. Interests in the Windward and Leeward Islands should closely monitor this system as it will likely be moving through that region on Friday,” the NHC said in a statement.

There is now an 80 percent chance of formation during the next five days. This tropical disturbance is no threat to Florida at this time.

Disturbance 2 will continue westward and is expected to fizzle out during the next five days.

“Development of this system is unlikely while it moves quickly westward to west-northwestward at 20 to 25 mph, passing through the Lesser Antilles today and then across the eastern and central Caribbean Sea later this week. Regardless of development, this system could bring locally heavy rainfall to portions of the Lesser Antilles during the next day or two,” the NHC said.

There’s only a 10 percent chance of formation for Disturbance 2.