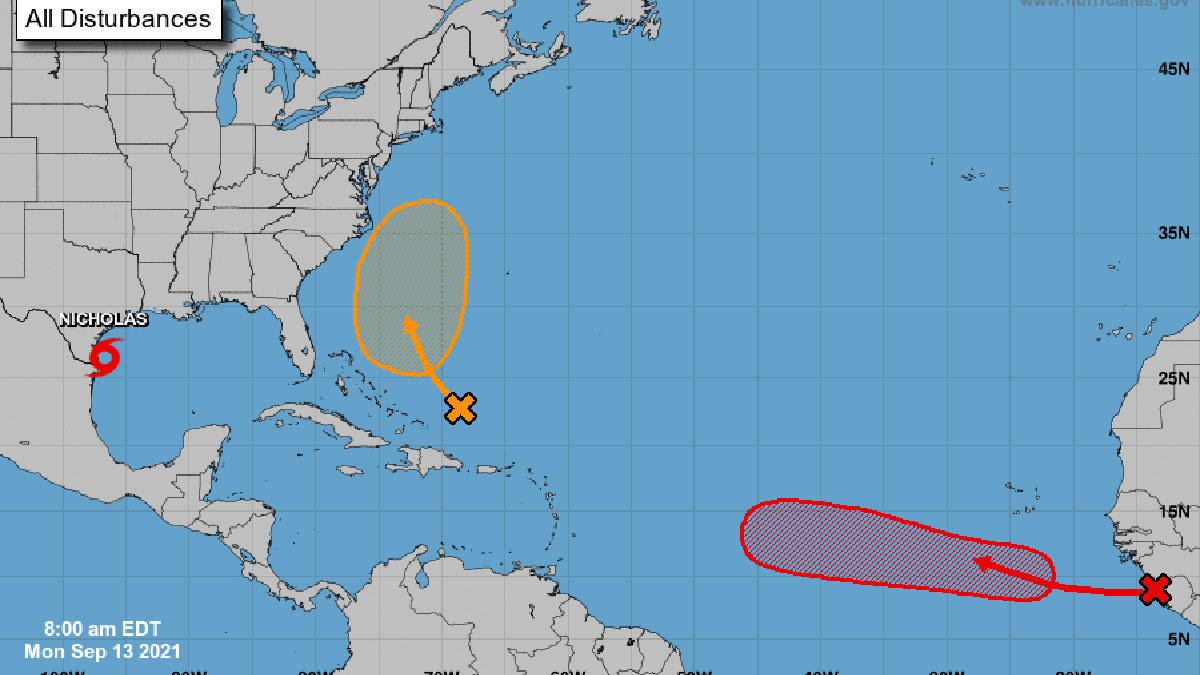 Forecasters are monitoring a tropical wave that formed over the weekend in the Atlantic Ocean. The system has an 80 percent chance for further development during the next five days.

As we said during our Sebastian Newscast yesterday, we are at the peak of the 2021 Hurricane Season. The red area on the map is the one we’re focused on right now.

“Environmental conditions are forecast to be conducive for gradual development of this disturbance, and a tropical depression is likely to form by late this week while the system moves westward at 10 to 15 mph across the eastern tropical Atlantic Ocean,” the National Hurricane Center (NHC) said in a statement.

It’s still way too early to predict what will become of this tropical wave and where it will go. But, like all the others, it could move west in the Atlantic before making a sharp right turn before the Bahamas, missing land completely.

I remember in 2004, after Hurricane Frances, that Hurricane Jeanne made the right turn for the north, appearing to move out to sea, then circled in a loop before approaching Florida. Of course, anything is possible, but so far, we do not see the busy tropical activity we saw in 2004.

Sebastian Daily will be monitoring the tropical disturbance and will provide updates as new information is released.

Sebastian Poet Shares Piece About Garbage on Our Lands and Beaches